Dogs use facial expressions to communicate with people 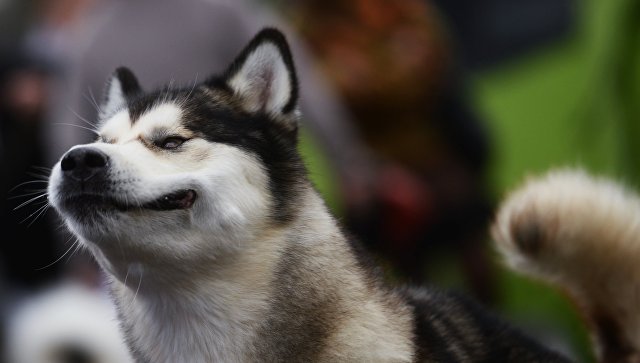 Dogs were able to use the facial expressions of their muzzle in order to convey their emotions and communicate with the host and kinsmen, wrote zoopsychologists in an article published in the journal Scientific Reports.

“Most of the mammals have a mobile face, but historically it is believed that animals do not know how to control their muzzle expression and do not use facial expressions to convey some signals to relatives.” We checked whether this was really the case, watching how Dogs react to human figures and inanimate objects such as food, “write Juliane Kaminski of the University of Portsmouth (UK) and her colleagues.

In recent years, scientists have shown increasing evidence that the typically human features of the intellect and our ability to display complex emotions are characteristic of many other animals, including dogs, primates and even crows.

For example, recently neurophysiologists have found out that dogs are able to understand intonations and the meaning of words that the owners tell them that they communicate with people not for food, but for the sake of receiving attention and positive emotions, and that they are able to recognize emotions on the face of friends and strangers of people. In addition, the dogs were able to memorize “unnecessary” information and use it later when communicating with the owner.

Kaminski and her colleagues discovered that dogs, like humans, know how to mimic their muzzle to show emotions, and have opened expressions equivalent to the sad and surprised face of a man, watching the behavior of two dozen dogs falling into a room they do not know.

In this room was a man who sometimes sat with his back to the dog, and sometimes looked at the dog at the moment when she went into the room. Next to this stranger could be a trough in which there was food, and in other cases it was absent.

When the dog came into this room, the scientists watched her reaction to the new situation and watched how the muscles moved on her face and how her expression changed. Comparing how the expression of the muzzle of dogs changed in these situations, the Kaminski team tried to understand whether pets use facial expressions to communicate with a person or not.

For example, dogs often “rounded” the eyes in those cases when a person looked at them, and often put out the tongue. The first “gesture”, according to scientists, is an analogue of the manifestation of sadness in man, and the second – a sign of interest. In addition, dogs barked more often and made other sounds when the participants of the experiments looked at them. Interestingly, the frequency of wagging the tail, which is usually considered a manifestation of friendliness, did not differ in any way in all situations.

All this, according to scientists, indicates that dogs are able to use face mimicry in order to convey their emotions to others. According to Kaminski, this ability appeared in dogs during their domestication, as it helped them tie their master to him and make him take care of the “best friend”.