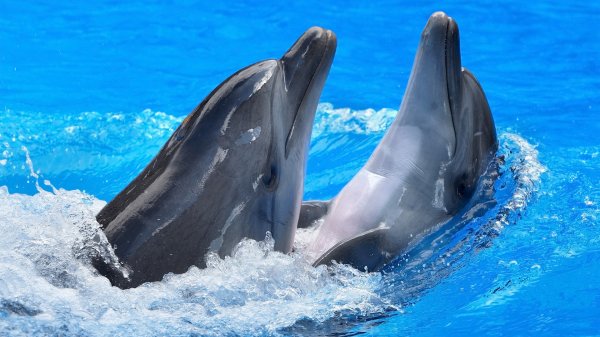 Scientists have declared that dolphins allocate each other with names. These marine mammals identify relatives unique combinations of sounds, is reported on pages of the Proceedings of the Royal Society edition.

According to researchers, such phenomenon in fauna is unprecedented and once again confirms high rationality of dolphins. Scientists have noted that they a number of various sequences of sounds which are made by these animals can be rather various.

At a research of dolphins experts have focused attention on unusual process. Originally one individual transfers some whistling, and other representative of a look begins to use her as an identification signal for this representative of the family. Following the results of a research scientists have assumed that they will be able to understand the basic principles of the speech of these sea beings in the near future, being guided by the obtained information.