Dolphins teach babies their own name before birth 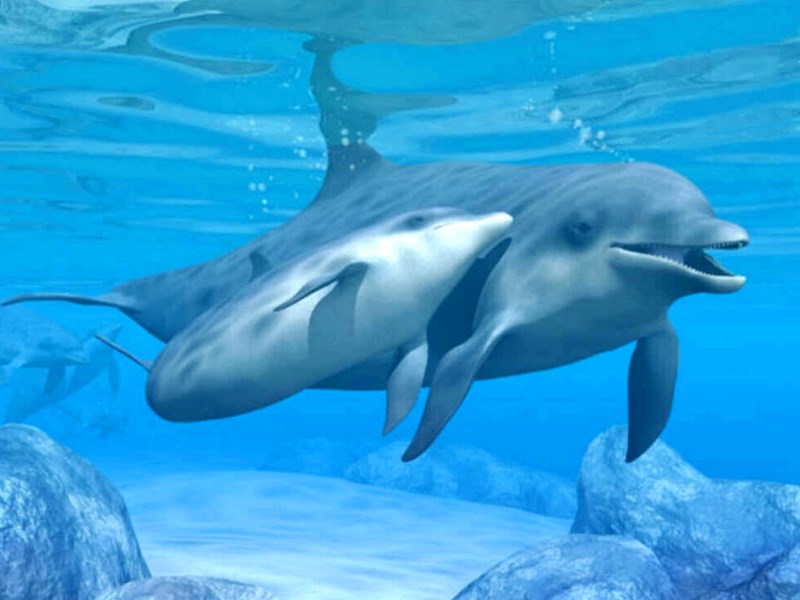 Scientists at the University of southern Mississippi at the annual meeting of the American psychological Association spoke about the interesting research being conducted on the dolphins, mothers and calves.

We are talking about the fact that pregnant females several weeks prior to birth and for two weeks after starting to teach the cubs a characteristic whistling is only their personal “dialogue”. That is, the sounds are highly individual and serve as identification signals for mom and newborn.

Growing up, the kid develop their own “sound signature”, but during the first days of life they remembered mother’s set of signals. Biologists have suggested that this training is a common component of the process of imprinting (imprinting, or imprinting in ethology and psychology specific form of education in the consolidation of memory features in the formation or correction of innate behavioral acts that is usually in childhood and adolescence and the effects are often irreversible).
To confirm your version, scientists have carefully studied 80 hours of recordings of the “conversations” females of dolphins before and after giving birth.

For purity of experiment recorded the sounds of a specific mom and baby and the other five dolphins. The analysis confirmed that the whistle mom really is only for her child. Surprisingly, “talk” to other dolphins in the future is not disoriented toddler, and he has always responded to the call of his mother.

Biologists during the experiment drew the attention of the pregnant female increases the intensity of the emitted signal before the birth, starting thus to teach the child his “sound name” in the womb. This behavior is similar to human baby often distinguish a voice of mother among other votes in the last two or three months of pregnancy women.

Us scientists intend to continue research in this area and explore the sounds of other marine mammals.