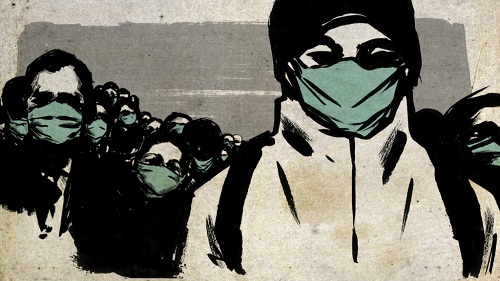 Scientists continue to underestimate the coronavirus. At the beginning of the pandemic, they said mutated versions of the virus wouldn’t pose much of a problem-until the more infectious Alpha caused a spike in cases last fall.

Then Beta made young people more infectious, and Gamma re-infected those who had already recovered from COVID-19. Nevertheless, by March, when the winter outbreak in the U.S. receded, some epidemiologists were cautiously optimistic that the rapid spread of vaccines would soon tame the varieties and the pandemic would go down.

Now Delta has shattered that optimism. The variant, first identified in India in December, is spreading faster than any previous strain of SARS-CoV-2, as the COVID-19 virus is officially called. It is increasing infection rates in all U.S. states, prompting the Centers for Disease Control and Prevention (CDC) to again recommend that masks be worn everywhere.

The Delta virus outbreak will get much worse, warns Michael Osterholm, an epidemiologist who heads the Center for Infectious Disease Research and Policy at the University of Minnesota.

“The number of intensive care beds needed could be greater than ever,” he says. Unless such strict isolation and protection measures are taken, the 100 million Americans who have not yet had COVID-19 are likely to get it in the coming months.

This variant is so contagious that it could blow past all previous predictions about how soon the U.S. will reach herd immunity. “We haven’t been able to stop this pandemic like other pandemics,” says Jonathan Eisen, a biologist at the University of California, Davis, who studies pathogen evolution. “It could exist forever, leaving us constantly trying to figure out what to do next.”

Delta, like most other options, has caught us off guard, worsening and prolonging the pandemic. When the damage from Delta begins to diminish, what other options will lurk right behind it to pull us down again? The World Health Organization is already keeping an eye on several: Eta, which is now in several countries; Kappa, which originated in India; Iota, which first appeared in New York; and especially Lambda, which swept through Peru and, according to one early study, is showing unusual success in infecting fully vaccinated people. It has already spread to Argentina, Chile, Ecuador, and Texas and South Carolina.

It’s too early to tell if Lambda will be the next big, bad virus that COVID-19 will unleash on us. But now is a good time to think: How devastating could these variants become? Will future variants expand their attack from the lungs to the brain, heart, and other organs? Could they take the example of HIV and deceive people into thinking they are cured and then get sick?

Is there a doomsday variant that defies vaccines, spreads like wildfire, and leaves behind more victims than anything we have yet seen?

The likelihood that we will see such a triple threat is slim, but experts cannot rule it out. Delta has already shown how much worse the situation could be. Its extreme contagiousness, with the ability to spread freely among tens of millions of vaccinated and unvaccinated Americans and millions more people without access to vaccines in developing countries, has every chance of turning into something even more unpleasant.

“The next option,” Osterholm says, “could be Delta on steroids.”

That wasn’t supposed to happen. At the beginning of the pandemic, most experts scrutinizing COVID-19 mutations downplayed the fact that the variants could cause such serious problems.

Delta, more than any other variant, has turned scientists’ minds upside down about how quickly the virus can evolve into devastating new forms. “All coronaviruses mutate, and we knew this one was mutating, too,” says Sharon Green, a physician and infectious disease researcher at the University of Massachusetts Medical School. “But we didn’t think the mutations would have such a big impact on transmissibility and possible immune evasion.”

It may seem surprising that scientists were caught off guard by the rapid emergence of a more dangerous variant.

Scientists underestimated the scale that a pandemic could eventually reach, a critical factor because the more people a virus infects, the more opportunity it has to develop significant mutations. “Infecting billions of people represents a breeding ground for variation, unlike anything we’ve ever seen with these kinds of viruses.”