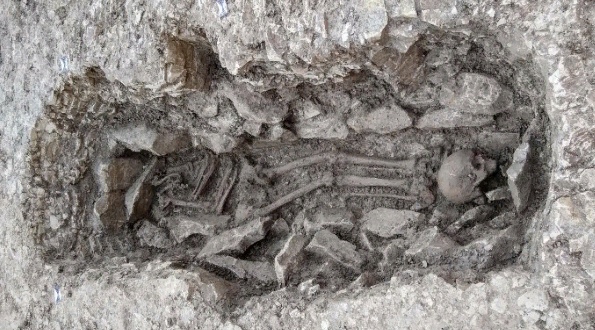 Archaeological excavations in the county of Oxfordshire, England, revealed dozens of decapitated human skeletons in the neolithic burial pits. According to scientists, the remains found is a sacrifice. Article relevant content published in the publication Science Alert.

The cemetery in England contained a large number of decapitated skeletons, whose skulls were placed on the sides or near their legs, although the significance of this practice remains unknown. The remains of one person were buried next to the amputated legs, placed on both sides of the body with hands raised to the head. The skull of another person was removed and buried next to their legs. According to experts, burials, which are significantly different from the usual practice of burial, are called “deviant”, and it is believed that they are usually performed for ritual purposes. Evidence suggests that the British Iron Age had a rather interactive relationship with their dead, often exhuming the corpses. Separated skeletons are not the exception, but the norm. Excavations also revealed the presence of dwellings, animal remains and household items such as ceramics, cutting tools and decorative combs.

“These discoveries open up a unique window in the life and death of communities, which we often know only from their monumental buildings, such as ancient settlements or the Uffington white horse. An analysis of artifacts, animal bones, human skeletons, and soil samples will help us add some important information to the history of the communities that occupied these lands so many years ago. This discovery challenges our perception of the past and invites us to try to understand the beliefs of the people who lived and died in the Neolithic era, ”said paleontologist Paolo Guarino.