Dr. Stephenson and his study of incidences of reincarnation 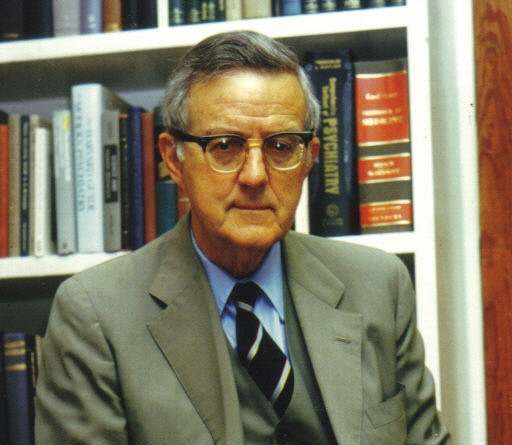 In the late 1950s, the psychiatrist Jan Stevenson (1918-2007) from the medical college in Charlottesville, Virginia, was looking for answers to a question about the memory of past existences.

He began to study reports on reincarnation using a systematic scientific procedure.

Even his critics could not fail to acknowledge the thoroughness with which the methods used were controlled by him, and were aware that any criticism of his controversial discoveries would have to follow no less strict method.

The results of Dr. Stevenson’s initial research were published in 1960 in the United States, and a year later in England. He carefully studied hundreds of cases where it was claimed that there were memories of previous births. Having tested these examples according to their scientific criteria, he reduced the number of suitable cases to only twenty-eight.

But these cases had a number of common strong features: all subjects remembered that they were certain people and lived in certain places long before their birth. Moreover, the facts they presented could be directly confirmed or refuted by an independent examination.

One of the cases reported to him concerned a young Japanese boy who, from a very early age, persistently insisted that before he was a boy named Tojo, whose father, a farmer, lived in the village of Khodokubo.

The boy explained that in his previous life, when he – as a Todeso – was still small, his father died; Shortly thereafter, his mother remarried. However, just one year after this wedding, Todzo also died – from smallpox. He was only six years old.

In addition to this information, the boy gave a detailed description of the house in which Todzo lived, the exterior of his parents and even his funeral. It seemed that they were talking about genuine memories from a past life.

To verify his allegations, the boy was brought to the village of Khodokubo. It was found that his former parents and other people mentioned, no doubt, had lived here in the past. Besides, the village, in which he had never been before, was clearly familiar to him.

Without any help, he brought his companions to his former home. Once on the spot, he drew their attention to the store, which, he said, did not exist in his previous life. Similarly, he pointed to a tree that was unfamiliar to him and which, obviously, has grown since then.

The investigation quickly confirmed that both of these statements were true. His testimonies before going to Khodokubo totaled sixteen clear and specific statements that could be verified. When they were checked, they were all right.

In his work, Dr. Stephenson particularly emphasized his high confidence in the testimonies of children. He believed that they were not only much less susceptible to conscious or unconscious illusions, but they could hardly read or hear about past events that they describe. 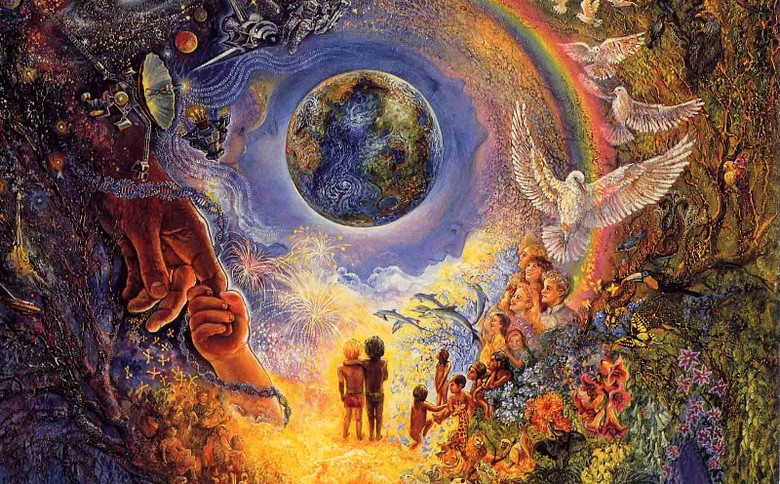 Stevenson continued his research and in 1966 published the first edition of his authoritative book “Twenty cases that indicate reincarnation.” By this time, he personally had already studied nearly 600 cases, which seemed to be best explained by reincarnation.

Eight years later he published the second edition of this book; By that time, the total number of cases studied had doubled and amounted to about 1200. Among them, he found those who, in his opinion, “do not just suggest the idea of ​​reincarnation; They seem to give strong evidence in her favor. ”

The case of Imad Elavar

Dr. Stephenson heard about a case of memories of past lives from a boy, Imad Elavar, who lived in a small Lebanese village near the Druze settlements (a religious sect in the mountainous regions of Lebanon and Syria).

Although it is believed that the Druze are within Islamic influence, they actually have a large number of very different beliefs, one of which is the belief in reincarnation. Perhaps as a result of this in the Druze community, numerous cases of memories of past existences are noted.

Before Imad reached the age of two, he had already started talking about the previous life he had spent in another village called Khribi, also the settlement of the Druze, where he claimed to be a member of the Buhamsi family. He often begged his parents to take him there. But his father refused and believed that he was fantasizing. The boy soon learned to avoid talking about it in the presence of his father.

Imad made a number of statements about his past life. He mentioned a beautiful woman named Jamile, whom he loved very much. He talked about his life in Khribi, about the pleasure he experienced with his dog, about his double-barreled gun and his rifle, which, since he did not have the right to store them, he had to hide.

He described that he had a small yellow car and that he used other cars that the family had. He also mentioned that he was an eyewitness of a road accident, during which his truckman drove a truck to his cousin, inflicting on him such injuries that he soon died.

When in the end an investigation was conducted, it turned out that all these statements were true.

In the spring of 1964, Dr. Stevenson made the first of several trips to this mountainous region to talk with the young Imad, who at that time was five years old.

Before visiting the “native” village, Imad made a total of forty-seven clear and definite statements about his previous life. Dr. Stephenson wanted to personally verify the reliability of everyone, and therefore decided to bring Imada to Khribi as soon as possible.

Within a few days it was possible; They went together for twenty miles to the village along a road on which very few people had ridden and which often wandered around in the mountains. As in much of Lebanon, both villages had good connections with the capital, Beirut, located on the coast, but between the villages themselves, because of the bad road that crossed the countryside, there was no regular traffic.

Arriving in the village, Imad made sixteen more statements on the spot: he spoke indefinitely in one thing, made a mistake in another, but was right in the remaining fourteen. And of these fourteen statements, twelve concerned very personal incidents or comments about his previous life. It is very unlikely that this information could be obtained not from the family, but from some other source.

Despite the fact that Imad never mentioned the name that he used to bear in his previous life, the only figure in the Bumhamse family that corresponded – and was very accurate – this information was one of the sons, Ibrahim, who died of tuberculosis in September 1949 . He was a close friend of a cousin who died when a truck hit him in 1943. He also loved the beautiful woman Jamila, who left the village after his death.

While in the village, Imad recalled some of the details of his former life as a member of the Bukhamis family, impressive both in their character and in their authenticity. So, he correctly pointed out where he, when he was Ibrahim Bumasi, kept his dog and how it was tied. Both were not the obvious answer. 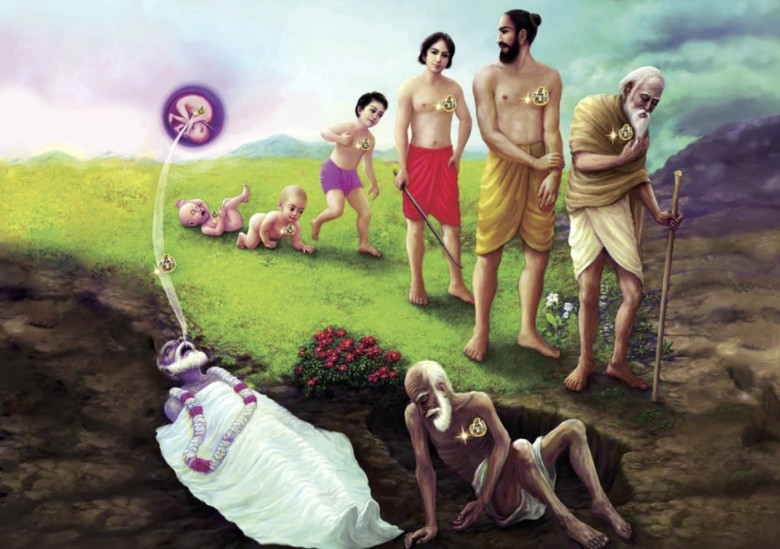 He also correctly identified his “own” bed and described how it looked in the past. He also showed where Ibrahim kept his weapons. In addition, he himself recognized and correctly named the sister of Ibrahim, Khudu. He also learned without hints and called his brother when he was shown a photographic card.

Convincing was the dialogue that he had with his “his” sister Khudoy. She asked Imad: “You said something before you die. What was that? “Imad answered:” Huda, call Fuad. ” It was really like this: Fuad shortly before it came out, and Ibrahim wanted to see him again, but almost immediately died.

If there was no secret collusion between the young Imad and the elderly Khudai Bukhamsi – and this seemed almost impossible, given the close observation of Dr. Stevenson – then it is hard to imagine any other way how Imad could learn about these last words of a dying man , Except for one thing: that the Imad was indeed the reincarnation of the late Ibrahim Buhamzy.

In fact, this case is even more weighty: out of the forty-seven statements made by Imad about his past life, only three proved to be erroneous. It is difficult to dismiss such evidence.

One could argue that this case took place in a society in which belief in reincarnation is cultivated, and therefore, as one would expect, imaginations of immature minds in this direction are encouraged.

Understanding this, Dr. Stevenson reports a curious moment: the reminiscences of past lives are found not only in those cultures where reincarnation is recognized, but also in those where it is not recognized – or, at least, not officially recognized.

He, for example, investigated about thirty-five cases in the United States; The same cases exist in Canada and the United Kingdom. In addition, as he points out, such cases are also found in India among Muslim families who have never recognized reincarnation.

It scarcely needs to be emphasized that this study has rather important consequences for scientific and medical knowledge about life. Nevertheless, however obvious this claim may seem, it will be categorically denied in many quarters.

Reincarnation is a direct challenge to modern provisions about what constitutes a person – provisions that exclude everything that can not be weighed, measured, disintegrated or isolated in a petri dish or on a microscope slide.

“Science should pay much more attention to the data available to us, indicating life after death. These testimonies are impressive and come from different sources, if you look honestly and impartially.

The prevailing theory states that when your brain dies, your consciousness, your soul, also dies. It is so sacredly believed that scientists cease to see that this is just a hypothetical assumption and there is no reason why the mind should not survive the death of the brain. “