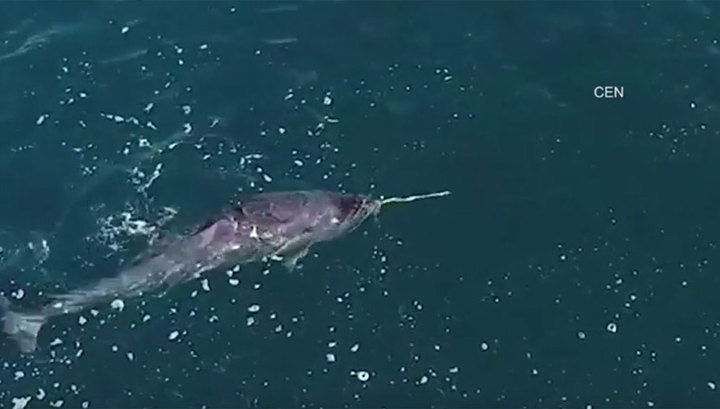 In the Canadian province of Nunavut, research drones photographed the rarest “sea unicorns.” So they call narwhals, mammals, reminiscent of whales with tusks. These animals are still poorly understood, and scientists are still arguing about the appointment of their “horns,” the Daily Mail reports.

The footage below was shot by drones owned by documentary filmmaker Adam Ravch and representatives of the organization Fisheries and Oceans Canada, which is engaged in the study of narwhals.

Narwhals are poorly understood, because they live in remote cold waters from the shore. According to some scientists, these mammals use their tusks for mating games and fights, others believe that it is a sensitive organ that helps marine animals feel the change in pressure, temperature and the relative concentration of suspended particles in the water.

Narwhals live in the Arctic Ocean and in the North Atlantic. Their exact number is unknown.