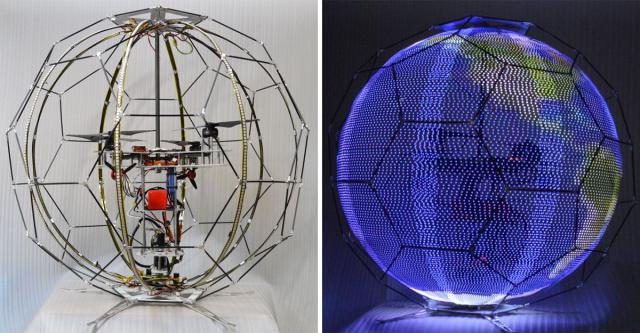 Japanese mobile operator NTT Docomo introduced an unmanned vehicle, which is likely to be bothering customers in shopping centers in the near future. The drone is placed in a frame in the form of a sphere on which it is possible to display advertising. The device has LED stripes. Rotating, they create the illusion of a continuous screen.

The diameter of the sphere is about 75 cm. The drone can show video as well as messages.

The device weighs about 3.5 kg. In total, the device has eight LED stripes. For a second they make three turns. During the demonstration of the drone in Tokyo, the company showed the image of the Earth and its logo using the device.

While the drones can only fly for a few minutes. In the future, Docomo plans to create larger presentations from several similar drones.