Drones will help in the rescue of people in the jungle 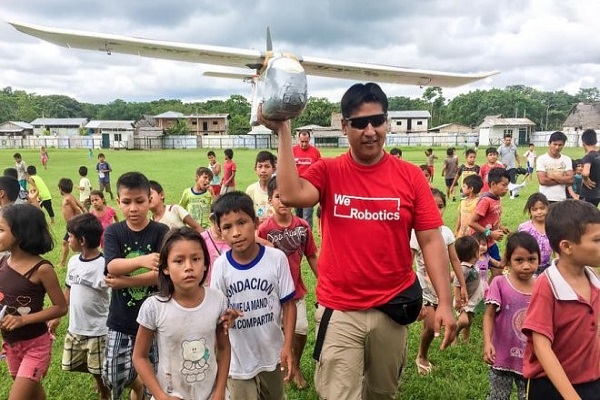 The Ministry of health of Peru has approved the project of the company WeRobotics to use flying robots to transport emergency aid in the jungle.

A testing ground for experiments chose a region of Contamana, where deadly poisonous snakes bite for 45 people each month. Doctors often simply do not have time to the patient, due to the inaccessibility of the settlements sometimes way just 40 km away on a winding river, takes more than 6 hours. Drone WeRobotics will overcome the same distance in 35 minutes, and it will not be the way to one end. By contrast, doctors not only get help from others, but this drone will forward them samples of blood affected to confirm the diagnosis. The flying robot is launched from the hands and lands on a rather limited territory.

There were fears of damage to samples due to shaking in flight, but recent studies have shown that violations remain within the error. The first experiment simulated the incident with the poisoning and the process of urgent delivery of the antidote was successful. Now it is planned to go into the jungle and extend flights up to 100 km.

Motivation to work in difficult conditions have WeRobotics significant – the cost of the apparatus is small and the demands on them in third-world countries are rising. Similar drones-workers already widely used in remote areas in Rwanda.