Due to climate change in the ocean, soon there will be nothing to catch 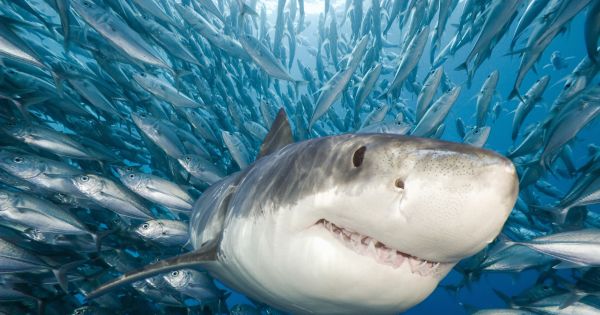 The consequences of climate change are becoming more and more noticeable and more catastrophic. From climate refugees to shrinking habitats, it seems that almost every species on the planet Earth suffers as a result of changing conditions. The new study presents the latest grim news, suggesting that climate change could lead to the collapse of seafood production, limiting the energy that passes from vegetation to herbivores, and from them to carnivores.

The study was conducted by scientists from the University of Adelaide. Their work shows that the increase in temperature limits the supporting energy flow, as well as the increased level of dissolved carbon dioxide (CO2), which lowers the pH of the ocean. This phenomenon is called the acidification of the ocean.

To arrive at this conclusion, the research team used the “advanced mesocosmos” approach. The team created twelve large 1800-liter tanks simulating various ecosystems around South Australia. They populated these ecosystems with different species to create realistic mini food chains, and then changed the conditions in three groups of reservoirs to one of four options: elevated temperature, increased CO2, increased CO2 and temperature, or a control variant simulating normal normal summer conditions in South Australia over the past 5 years.

Elevated temperatures of + 2.8 ° C and a CO2 concentration adjusting the pH of the water to 7.89 imitated the conditions predicted for the end of the 21st century if we continue our current level of greenhouse gas emissions.

Scientists observed and measured the survival, growth, biomass and productivity of all plants and animals in tanks for six months. They found that higher temperatures limit the flow of energy from plants to their consumers, while a combination of elevated temperature and elevated CO2 content reduces energy flow, affecting both plant growth and herbivores and predators.

This is largely due to the fact that higher temperatures accelerate the growth of inedible blue-green algae due to marine plants, which form the vital basis of the marine food chain.

Flow weakening energy suggests that upper consumers can stay with shrinking food resources in the face of climate change. Less productivity marine plants will mean a decrease in energy transmitted by the herbivores, which will gradually reduce the population of these energy suppliers to predators. This can lead to a cascade of negative effects for most species. Since adequate producers are an important part of any food chain, higher predators are also important, since they remove sick or injured animals and constantly control their numbers.

The research team concluded that, given the shocking results, this type of research should continue on even larger and more advanced mesocosmic models.

The study was published in the journal PLOS Biology.