Due to climate change, the most important process in the ocean 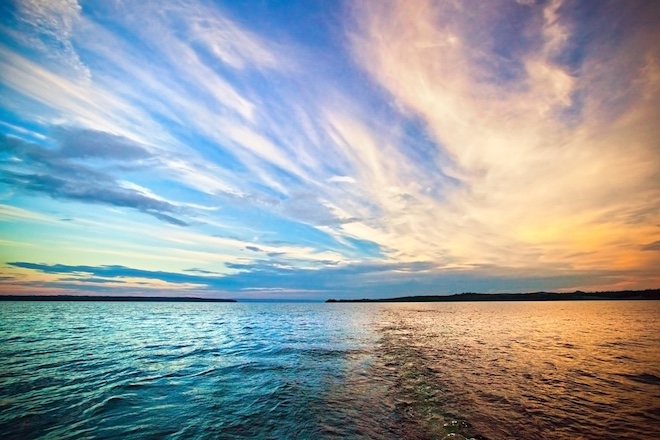 Few know about the type of cyanobacteria called Trichodesmium, but this small collection of cells is crucial for hundreds of species in the oceans of the Earth. Through the process of nitrogen fixation, they convert gaseous nitrogen into ammonia and other molecules on which the life of marine organisms depends.

It is believed that Trichodesmium is responsible for approximately 50% of the fixation of marine nitrogen. But scientists from universities in the US and China came to the conclusion that acidification of the ocean, caused by an increase in the level of carbon dioxide in the atmosphere, makes it difficult for cyanobacteria to perform the nitrogen fixation process. The decrease in their ability to do this can have a strong wave impact on marine ecosystems.

“This is one of the main sources of nitrogen for other organisms in the open ocean,” said co-author Sven Krantz, associate professor of Earth, Ocean and Atmospheric Sciences from the University of Florida. “If Trichodesmium negatively reacts to changes in the environment caused by the impact of products on the ocean from burning fossil fuels, this can have a big impact on our food web.”

The effect of climate change on cyanobacteria has been extensively studied in laboratories around the world, but the results have been very different. Some scientists have found that increasing carbon dioxide in ocean waters leads to a decrease in nitrogen fixation, while others have seen the opposite effect. Krantz and his colleagues tried to resolve these inconsistencies.

Some of these discrepancies, in their opinion, are associated with water, in which organisms usually grow in the laboratory. For example, the researchers found its contamination with ammonia or toxins, such as an increased concentration of copper.

“Any differences in the specific ingredients of water – in this case artificial sea water prepared by scientists – can have a huge impact on the result,” explains Krantz. A small contamination can cause significant distortion in the process, but the use of artificial sea water is common, as not every laboratory has access to natural marine.

The authors also found that increasing carbon dioxide can sometimes stimulate nitrogen fixation, but this is offset by the negative effects of increased ocean acidity.