Dust can cause the shallowing of the Caspian sea 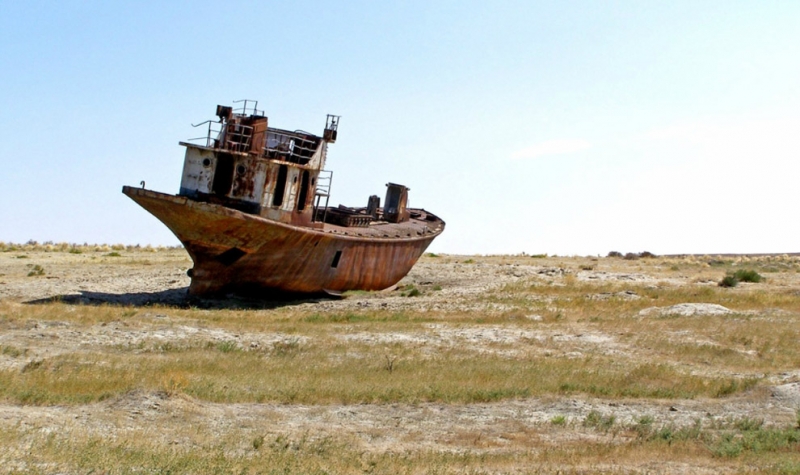 Over the past century, the water level in the Caspian sea (a huge pond, sometime in the past directly associated with the ocean, and now meet the definition of a lake) repeatedly increased and decreased. So, in 1920 the average water level was about 26 metres below sea level. By 1977, the water level dropped by about three meters. Over the next two decades the sea-level continuously rose, the floods destroying local infrastructure, causing the economy of the countries enormous economic damage and forcing tens of thousands of people to relocate. However, in the mid 1990-ies of the Caspian sea started to become shallow again. Currently, the average level of the Caspian sea is about 27 meters below sea level. 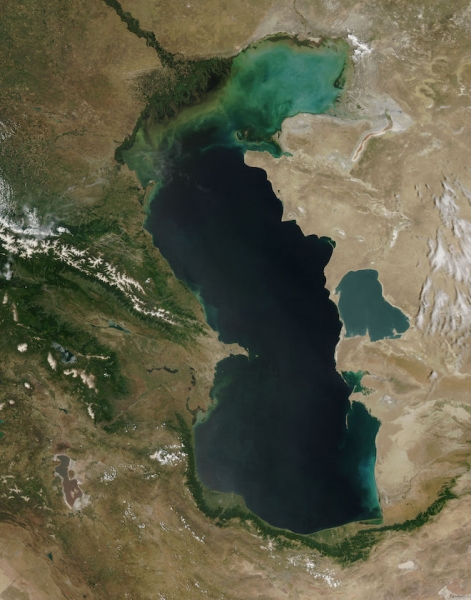 In the context of global climate change researchers are trying to establish all the factors that affect the water level in the Caspian sea. Among the key factors scientists today include amount of precipitation, amount of water selected for the needs of local residents, the water that evaporates, and under the lake’s surface, and tectonic activity and the extraction of oil, which change the height of the surface of the earth.

Meanwhile, new research suggests that these factors on the water level in the Caspian sea can also significantly impacted by the dust storms. Researchers from the International centre of theoretical physics of a name of Abdus Salam and Istanbul technical University details established that dust particles in the air affect the region’s climate and water cycle in several ways. For example, dust particles can absorb sunlight, so the dust cloud can significantly change the distribution of heat in the atmosphere. So, dust clouds warm the atmosphere and cool the surface of the water. This reduces the evaporation on the surface of the water, makes the atmosphere less turbulent and reduce convection (updrafts of heat in the atmosphere). All together it reduces the probability of rain. 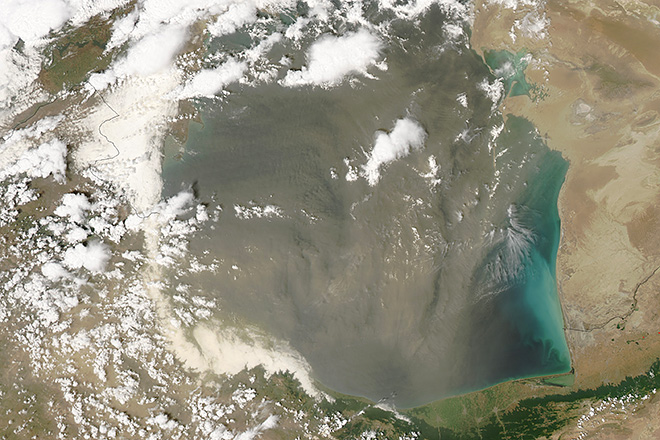 According to this study, dust storm over the Caspian sea reduce the temperature on the surface of the reservoir by 1-2 degrees Celsius, while the evaporation increases by about 0.5 mm per day. This can lead to a reduction of water equivalent to 10 mm per year.

In this study we used data of observations of the dust collected by multiple satellites and sensors, including using videospectrometric with a medium resolution (MODIS) Terra and Aqua satellites, multi-angle Spectroradiometer (MISR), and sensor with a wide field of view for observation of the sea.

Some photographs taken by satellites, can be seen as a dust cloud, formed particularly active in spring and summer, able to completely hide the surface of the Caspian sea. A clear example of this is the Aqua satellite, taken June 6 of this year.