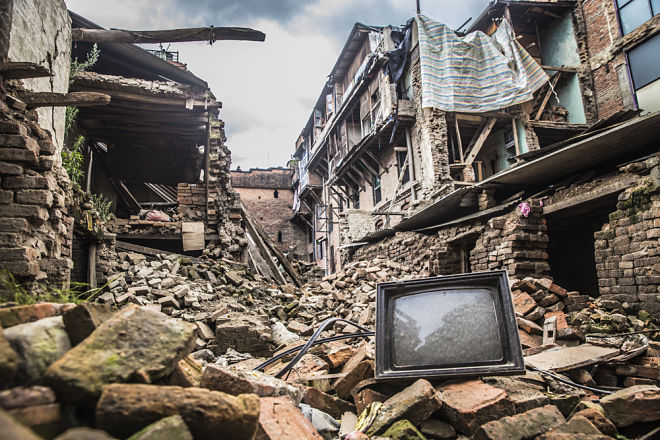 Early warning of earthquakes is more effective for weak seismic events than for strong ones. To this conclusion came the researchers of the US Geological Survey.

Seismologists simulated ground fluctuations along the San Andreas fault in California, where an earthquake measuring 6.5 or more is expected in the next 30 years.

They found that the warning time may increase, but residents will have to experience regular inconveniences due to “false alarms” due to minor earthquakes. The fact is that the signals will be switched on at the very beginning of the earthquake, even before its full magnitude is determined. Those who live far from the epicenter will occasionally receive warnings about earthquakes that they will not feel.

“The warning time will increase for a weak level of land movement, but we can not predict strong fluctuations over a longer period,” says Sarah Minson, lead author of the study.

“Alternatively, we can warn every time there will be an earthquake that can produce weak fluctuations of the earth in a particular locality … Many tiny earthquakes do not become strong,” she added.

Earthquake early warning systems exist in Mexico and Japan for many years. Now a system called ShakeAlert is being developed for the western coast of North America.

So, how can you predict the unpredictable? In short – nothing at all.

Earthquakes occur along the boundaries of tectonic plates and faults in the earth’s crust – long cracks, where due to friction over time pressure builds up. Dr. Lucy Jones, a seismologist who did not participate in the study, explained: “The whole rift does not move right away. The movement starts at the epicenter, and the break goes down the crack, as if you are tearing a piece of paper. ”

The release of energy is advanced by two parts. The main waves (p-waves) come out first and are the fastest. They are followed by secondary, or s-waves, which cause the earth to wrinkle and drop – the vibrations that people experience during an earthquake.

The earthquake physics is one of the reasons why a single universal warning system has not been launched in all earthquake-prone countries. In California and Japan, people live right along fault lines and can not lose valuable seconds.

In both regions, using the p-wave and very fast algorithms, it is possible to determine the potential magnitude of the earthquake and transmit the notification.

But Mexico is located at a distance of 300 km from the nearest boundary of tectonic plates. This allows geologists to use a system that takes a little longer to declare a warning. She waits for s-waves to be detected. Sirens are included in the streets of the city of Mexico City, if there are fluctuations in the earth with a magnitude higher than 5.

However, the reliable early warning system SASMEX could not react to the September earthquake. The system usually provides a minute warning, but an earthquake of magnitude 7.1 originated much closer to the city than usual. The earth began to shake almost immediately after the alarm was announced.

For the SASMEX system, a new algorithm was tested, which in the future will be able to announce a warning 8-10 seconds earlier.

Similarly, Japanese seismologists decided to improve the early warning system after a devastating earthquake of magnitude 9 in 2011.

In California, work continues on ShakeAlert. The system will use ground-based seismometers and satellite observations to provide maximum warning time for the population on the West Coast. For a weak earthquake, a warning will be announced in 50 seconds, for a strong earthquake, in 8 seconds.

If the system is sensitive, false notifications can become part of the lives of Californians.