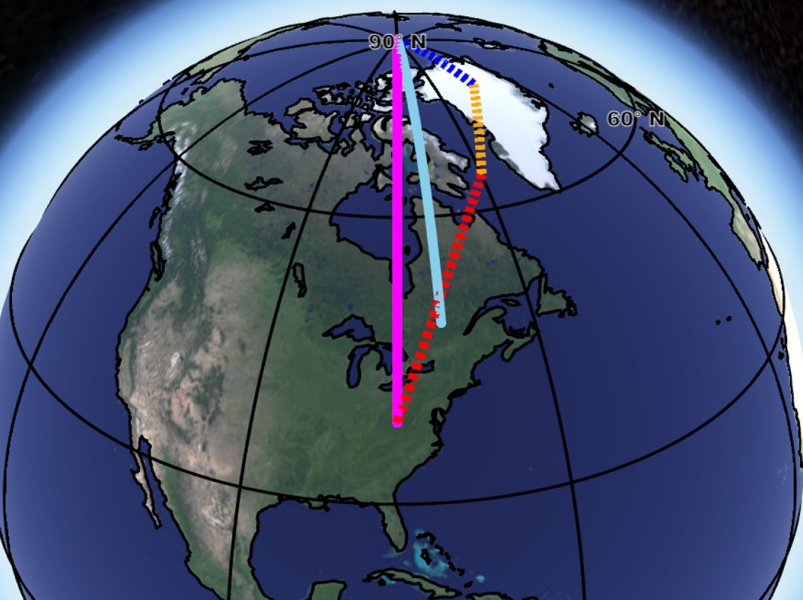 The globe is a regular geometric figure, but the real planet, by contrast, is not so perfect – neither in form nor in rotation. The earth is not completely round, and its axis of rotation – an imaginary line passing through the North and South Poles – drifts and sways, more precisely, oscillates – precession (slopes) and nutation (fluctuations relative to the earth’s crust). The latter are about 10 cm per year and ten meters per century. NASA published a report on its website, which for the first time lists the main causes of the nutation of the earth’s axis.

The traditional explanation until recently was the following: the “trembling” of the earth’s axis is caused by the movement of glaciers. But in the light of new research methods, many scientists no longer agree with this statement. Combining the mathematical models of other global processes that are theoretically capable of deflecting the axis, they identified not one, but three reasons – the movement of glaciers, the convection of the substance of the mantle of the planet, the melting of the global cryosphere, especially in Greenland. All of these factors together combine the change in the mass distribution inside and on the surface of the planet. Special importance is attached to the third reason.

Despite the fact that the melting of ice occurs in many points of the earth, including in Antarctica, the geographical location of Greenland makes it a more significant “investor” in the buildup of the earth’s axis. If a massive object is located at an angle of 45 ° to the North Pole, like Greenland, then a change in its mass will have a greater effect on the position of the axis of rotation than a change in body mass at another point. The researchers stressed that the change in mass is mainly due to the melting of the island’s ice sheet. Melting is due to global warming. The rise in air temperature, in turn, is largely triggered by human activity: greenhouse gases are released into the atmosphere in large amounts as a result of the combustion of hydrocarbons.

Melting ice is accelerating every year. Thus, since the beginning of the 20th century, Greenland lost 750 gigatons of ice. This melted mass was in the ocean, which led to a rise in sea level and, as a result, contributed to the displacement of the axis of rotation of the Earth. Now scientists know that if the loss of ice in Greenland will accelerate, it is likely that in the future and the nutation of the axis will only increase.