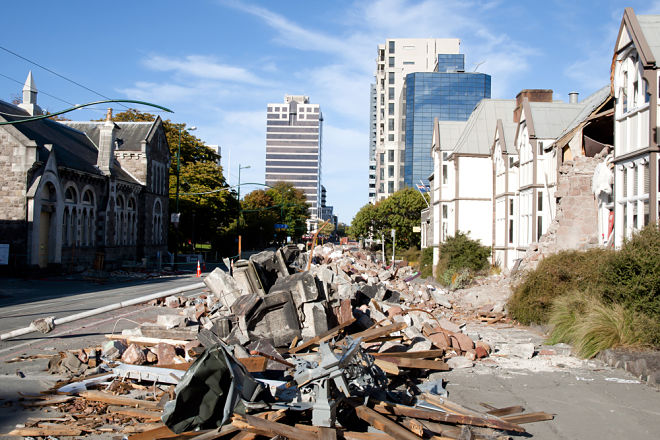 The devastating earthquake that struck New Zealand two years ago led to the fact that the two main islands approached each other, and one city became lower. But the displacement was insignificant: the distance between the North and South Islands decreased by only 35 centimeters, and the city of Nelson on the coast of the South Island dropped to 20 millimeters.

An earthquake of magnitude 7.8, which occurred on November 14, initially brought the two islands together by several meters, and then faults of an unidentified type shifted the southern lands to the north. However, the gap between Cape Campbell on the South Island and Wellington, the capital of New Zealand, on the outskirts of the North Island is still more than 50 kilometers.

At least 25 faults broke through the 2016 earthquake, which geologist Rob Langridge of the research organization GNS Science described as one of the most complex earthquakes observed anywhere in the world. His colleague Sigrun Hrendsdottir reported on Friday that due to the large number of faults it is difficult to determine exactly what caused the movement after the earthquake.

GNS Lead Researcher Kevin Berryman noted that all earthquakes of magnitude 7.5 and higher are very complex, but this was especially unusual because of the rupture of 25 faults at the same time.

The Kaikouur earthquake occurred immediately after midnight and swept north of the middle of the South Island to the Strait of Cook, covering 170 kilometers in 74 seconds.

New Zealand lies in the Pacific volcanic ring of fire in the collision zone of the Indo-Australian and Pacific tectonic plates and experiences more than 15,000 earthquakes per year, although usually only 100-150 are strong enough to be felt.