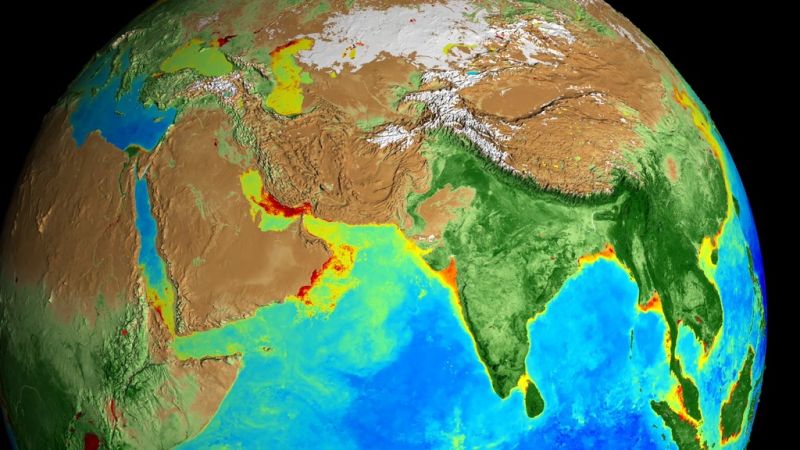 The magnificent new time-lapse video of the Earth shows how our planet has changed over the past two decades.

The video shows how the Earth “breathes” as the seasons change, the snow cover on the North and South Poles periodically grows and contracts, the same happens with green areas covered with vegetation.

Meanwhile, clouds of microscopic phytoplankton, a type of algae, bloom on the ocean surface. Tiny organisms turn water and carbon dioxide into oxygen and sugar when heated in sunlight.

“This is an incredibly expressive visualization of our planet,” said Jean Carl Feldman, an oceanographer at NASA’s Goddard Space Flight Center in Greenbelt, Maryland. “It’s the Earth that breathes every single day, changing with the seasons, reacting to the sun, winds, ocean currents and temperature.”

The visualization was created using the data of Earth observation satellites, such as the SeaWiFS mission, which began collecting global ocean data in 1997, as well as weather satellites Terra, Aqua and Suomi.

Understanding how plant life around the planet has changed over the past 20 years will help scientists learn how ecosystems react to changing environmental conditions. For example, studies have shown that the growing sea surface temperature inhibits phytoplankton growth. This means that in the ocean there are fewer organisms that remove carbon dioxide, the main cause of climate change.