Earth’s crust could be formed from the atmosphere 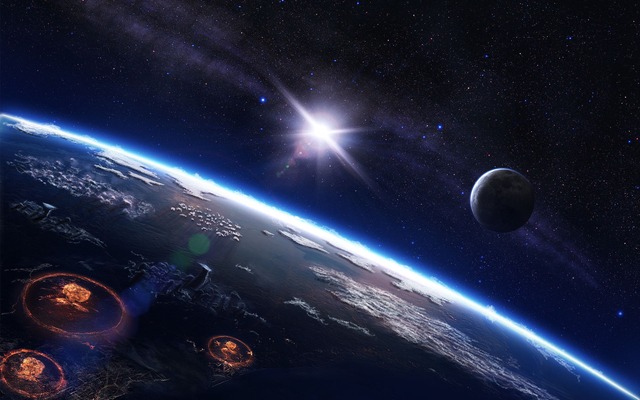 According to geologists, the elements of the early Earth’s crust could have formed from the atmosphere that prevailed at that time. It consisted of hot steam, “dissolving” stones on the surface of the Earth

More than 90% of the continental crust of the Earth consists of minerals rich in silica, for example, feldspar and quartz. But how did this material come about?

There is a theory that all elements of the early Earth’s crust were formed as a result of volcanic activity. The researchers suggest that about 4.5 billion years ago a planetoid the size of Mars crashed into a protoss and melted it, turning it into an “ocean” of magma. After this collision (which also led to the formation of the Moon), the surface of the Earth began to cool until it hardened completely.

However, researchers from McGill University Don Baker and Cassandra Sofonio presented their version of the development of events: in their opinion, some chemical elements could settle on the early surface of the Earth from the atmosphere that prevailed after the collision.

As explained by Baker and Sofonio, the atmosphere formed after the crushing collision consisted of a pair of very high temperature, which “dissolved” stones on the surface of the Earth.

“It’s very similar to how sugar dissolves in coffee,” explains Baker. “These dissolved minerals rose to the upper atmosphere, where they cooled and then fell back to Earth. This process we called “silicon rain”.

To test their theory, the researchers conducted a series of laboratory experiments in which an atmosphere was simulated from hot steam in the early Earth. They melted the mixture of silicon and water at 1550 ° C, and then wiped it into powder. A small amount of the powder, along with water, the geologists were poured into palladium capsules made of gold, placed in a pressure vessel and heated to 727 ° C. So they simulated conditions in the Earth’s atmosphere about a million years after the formation of the Moon.

“We were surprised at the similarity of the dissolved silicon material obtained as a result of the experiments to what was found in the earth’s crust,” says Baker.

Their work confirms the new theory of “air metasomatism” – the term coined by Sofonio to describe the process by which silica minerals condensed and settled on Earth for about one million years, forming some of the earliest rock samples.