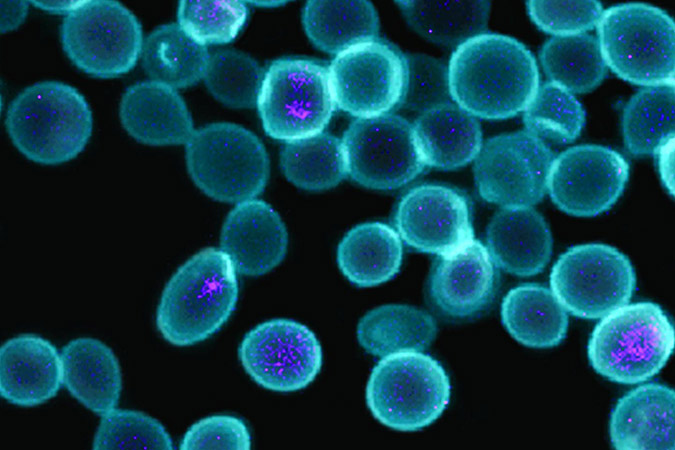 Astrobiologists from the USA conducted a unique experiment, which proved that ordinary Escherichia coli and some strains of yeast can live and reproduce normally in an atmosphere similar in composition to the matter of Jupiter and other giant planets. Their findings were published in an article in the journal Nature Astronomy.

“In our experiment, microbes lived in an atmosphere of pure hydrogen, but on real planets, the air will contain other substances. The fact that simple living things, such as E. coli, and yeast, much more complex microorganisms, can live and thrive in such extreme conditions, significantly expands the field of search for extraterrestrial life, “the researchers note.

Extremophile microbes that can live at ultra-high and low temperatures, with a constant lack of food and oxygen, have long attracted the attention of scientists. On the one hand, they are considered a kind of analogue of what organisms can live on Mars and other planets. On the other hand, many of them have an extremely unusual metabolism, as well as an associated set of enzymes and other devices that are not characteristic of other representatives of life. They are especially interesting for doctors, chemists and biologists, since the study of these unusual features of extremophiles can bring a lot of practically useful discoveries.

A group of planetologists led by Sarah Seager, a professor at the Massachusetts Institute of Technology (MIT) in Boston (USA), wondered if microbes exist on Earth that can live in an atmosphere of pure hydrogen.

Such conditions, as astronomers now suggest, may be characteristic not only of the analogues of Jupiter and other gas giants outside the solar system, but also of many super-earths, large rocky planets, in the atmosphere of which a significant amount of oxygen and its compounds may not be contained.

On Earth, as Seager and her colleagues note, there are many microbes among the so-called methanogens that can live in an atmosphere consisting of 80% hydrogen and 20% carbon dioxide. On the other hand, so far no one has tested whether bacteria or other microorganisms can exist in a 100% hydrogen atmosphere.

American planetologists corrected this defect by creating a setup that simulated the conditions in the upper atmosphere of gas giants, consisting of helium, hydrogen, nitrogen, carbon dioxide and other gases. It allowed scientists to flexibly vary the amount of these substances in the nutrient medium and monitor how microbes reacted to these changes.

To test this system, biologists have chosen two well-studied microorganisms, ordinary E. coli and yeast. Both the bacterium and the fungus can live without access to oxygen, but no one has tested in the past whether they can tolerate extreme conditions, including life in a 100% hydrogen atmosphere.

Living in a Pure Hydrogen Atmosphere
Initially, biologists did not hope to get any positive result, however, to their great surprise, bacteria and fungi not only did not die in such conditions, but also quickly adapted to life in such conditions. Their metabolism and breeding rate fell, but at the same time both E. coli and yeast successfully switched to an oxygen-free type of metabolism that can function normally in a hydrogen atmosphere.

All this, according to Seager and her colleagues, indicates that life can occur not only on Earth-like planets with a large amount of oxygen, but also on many other worlds, whose atmosphere consists mainly of hydrogen or its mixture with methane and ammonia. Now astrobiologists are trying to figure out how to detect traces of such a life by studying the gases released by yeast and E. coli living in a hydrogen atmosphere.