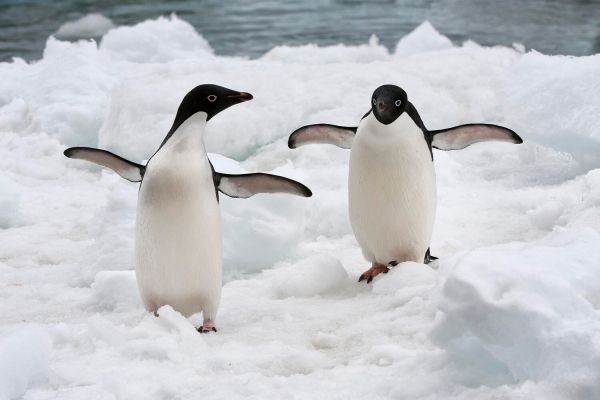 Adélie penguins may become extinct on the east coast of Antarctica due to global warming. This is reported by the British newspaper The Guardian.

Adélie penguins are one of the most common penguin species and are found all over the Antarctic coastline. These birds grow to a small size, about 80 centimeters, and weigh about 6 kilograms. Nests are arranged on rocky shores and depend on access to the water (like all penguins). By their habits, they vaguely resemble people and are distinguished by gullibility.

Long-term monitoring showed that in ten years the number of birds nesting on 52 islands near the Mawson research station decreased by 43%. According to ecologist Louise Emmerson, this could lead to “almost extinction” of the species. As a result of global warming, “lack of access to food is causing penguin chicks to weigh only 90 grams at birth”, far below normal, and often simply do not survive.

The reason for this is the reduction of fast ice – sea ice that is attached to land but covers the water. Because of this, it becomes difficult for birds to dive and hunt and, as a result, feed the chicks, as the length of the route between the nest and fast ice increases. At the same time, the smaller the penguin colony, the worse it is protected from predators, which caused an additional drop in numbers.

In Antarctica, there is an overall reduction in landfast ice due to global climate change, but scientists note regional variability: in some areas there is a decrease, while in others – growth.