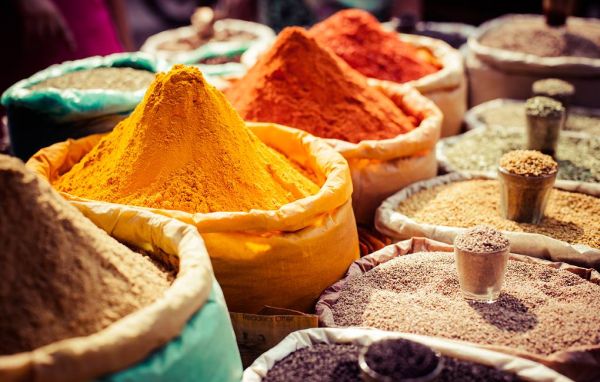 Archaeologists have found the first evidence that East Asian fruits and spices were introduced into the Mediterranean nearly four thousand years ago. This is indicated by the chemical composition of dental calculus in the ancient inhabitants of the southern Levant. An article describing the study was published in the scientific journal Proceedings of the National Academy of Sciences.

Historians believe that the Great Silk Road and other trade routes linking Europe and Asia appeared about two thousand years ago. They appeared thanks to the emergence of the Han Empire on the territory of modern China, as well as other centralized states in Central Asia and Europe, which began to trade with each other.

It turned out that such trade routes could have existed much earlier – about 3.7 thousand years ago. This is the conclusion reached by an archaeologist from the University of Munich (Germany) Philip Stockhammer and his colleagues.

They studied the diet of the ancient inhabitants of the Middle East – residents of the large shopping center Megiddo and the settlement of Tel Erani, in which farmers and local nobility lived. Therefore, researchers tried to understand what role goods imported from other parts of the world could play in the lives of these people.

Stockhammer and his colleagues analyzed tooth fragments that belonged to 16 residents of Megiddo and Tel Erani. The researchers studied the chemical composition of dental calculus, hoping that it retained traces of protein molecules associated with specific types of food and other products of human civilization.

They found traces not only of wheat and dates, but also of more exotic foods: bananas, turmeric, millet, sesame and soybeans. At that time, such products were not grown in the Middle East. Most likely, they were brought there from South or East Asia.

Accordingly, if residents of a trading city and a supposedly isolated agricultural settlement ate similar products, this may indicate developed trade routes that connected the Mediterranean and Asia. That is, merchants from the Levant, India and China began to contact each other even before Babylon fell under the blows of the Hittites, and the Egyptian New Kingdom began to fade away.

Stockhammer and his colleagues hope that further findings of this kind will help to understand what other foods and spices were brought to the Levant from Asia, as well as to assess the scale of this trade and its impact on the spread of bananas, millet and sesame seeds throughout North Africa and the Mediterranean in general. …