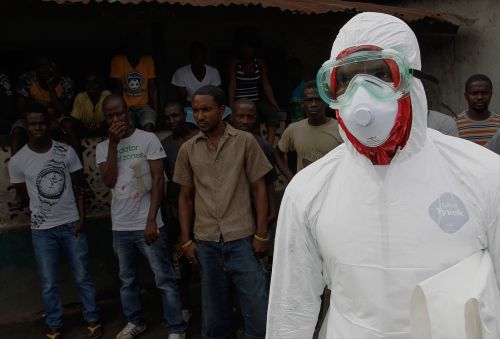 The Canadian scientists tested a new vaccine in the African Guinea, and that showed to 100% efficiency in fight against illness which epidemic burst in Africa in 2014 — 2015.

The new vaccine rVSV-ZEBOV was received by six thousand residents of Guinea — one of the countries most of which strongly suffered from Ebola epidemic. In control group 23 cases, and among those who received a vaccine — any were registered.

Ebola — very serious and often lethal viral disease. People catch it from wild animals and transmit a virus to other people. Believe that feral hosts of Ebola virus are fruit bats of the Pteropodidae family. Ebola gets to a human population as a result of close contact to a blood, allocations, organs or other liquids of an organism of the infected animals, for example a chimpanzee, gorillas, fruit bats, monkeys, forest antelopes and porcupines who are found dead or patients in the wet woods.

She received the name from the African river Ebola near which the second known disease outbreak was registered. In March, 2014 in Guinea the most large-scale disease outbreak began from the moment of detection of a virus in the seventieth. Illness claimed a set of the lives of residents of Sierra Leone, Liberia, Nigeria and Senegal.