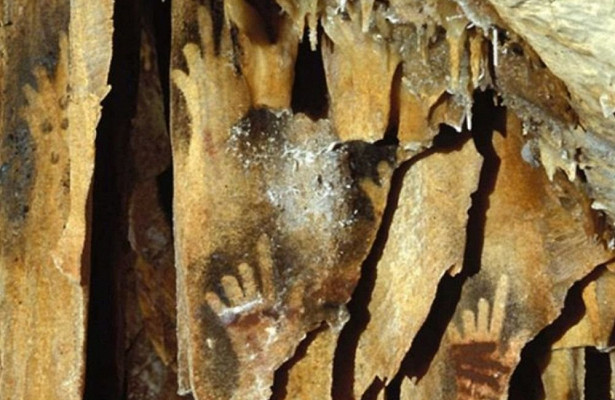 To this conclusion, scientists came by analyzing the ancient rock art. According to Science Alert, the attention of researchers attracted the famous ancient hand prints on the walls.

They were found in the caves of France and Spain. Scientists have noticed that a large number of fingerprints do not have enough phalanges. It used to be thought that the ancient “painters” simply lost them as a result of some random events, for example, due to frostbite and other injuries.

However, in a new study, scientists argue that this could not be an accident. Too many prints are not “full set”. As a result, the researchers came to the conclusion: the ancient inhabitants of modern Europe voluntarily amputated their own fingers.

“The findings are in good agreement with the hypothesis that late Paleolithic people were engaged in amputation of fingers for ritual purposes, probably bringing some sacrifices,” says the co-author
research Mark Collard. “For example, in the Koska cave in France, the fingers are partially absent from 28 prints from 49, in the Maltravieso cave in Spain – from 61 out of 71.”
According to him, on many prints of the phalanx there are not even on one, but on two or three fingers. However, there is an alternative version.

According to her, the ancient people were engaged in creativity – they partially painted over the prints or put their palm on the rock, bending some of their fingers.