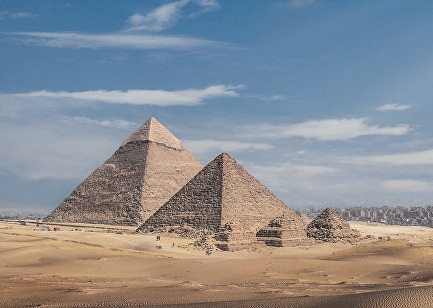 According to Zaha Havassa, a former Egyptian minister of antiquities, the construction of the pyramids for Ancient Egypt with a population of 3 million people was a national project in which everyone participated without exception.
During a conversation with Hamdi Razak, the host of the Vzglyad program on the Egyptian Echo of the Country television channel, Hawass stated that building the pyramids was a priority for many Egyptians. Families living in Upper Egypt and the Nile Delta supplied the builders with the necessary food and participated in the construction of the pyramids, in return being exempted from paying taxes. It became known that the construction lasted 32 years. The stones from which the pyramids were built were obtained on the Giza plateau. A total of 124 pyramids were discovered in Egypt.

According to the former minister, after archaeologists discovered the graves of the builders, the Jews were forced to admit that their ancestors had nothing to do with the construction of the pyramids. It is an indisputable fact that the Jews appeared on the territory of the current Egyptian state later, only after the arrival of the Hyksos (the name of the peoples who conquered part of Ancient Egypt in the 18-16 centuries BC – approx. Ed.).

According to Zahi Hawass, the discovery of an ancient papyrus in the Wadi al-Jarf region can be safely called the most important event of the 21st century.

The found papyrus belonged to one of the builders, who, together with a group of other builders, went to the area of ​​Et-Tour. There they carved blocks of stone, which were later transported to the pyramid erection areas on huge vessels.

In addition, according to the find, the pharaoh created a river flowing parallel to the Nile from the western side and connected it with water channels and ports to receive the stones used for the construction of the pyramids. It is important to know that the famous pyramid of Cheops was the residence of the pharaoh, and not just his tomb.

In an interview, Hawass also touched on today’s Egypt’s problems. He believes that the image of his country has completely changed in the eyes of the United States.

For example, the Americans did not know that Mohammed Mursi was overthrown after 33 million Egyptians opposed his rule.

The former Minister of Antiquities recalled that the Egyptian army sided with the Egyptian people, and Mursi was removed from office, as he wreaked havoc in Egypt. The official also shared his opinion on how to further raise Egypt in the eyes of the world community. According to him, the organization of exhibitions of Egyptian antiquities abroad will serve to restore the cultural influence of Egypt, whose historical and archaeological research is respected by all countries of the world. Thus, the proceeds from the Paris exhibition of the treasures of the pharaoh Tutankhamun amounted to 10 million dollars.