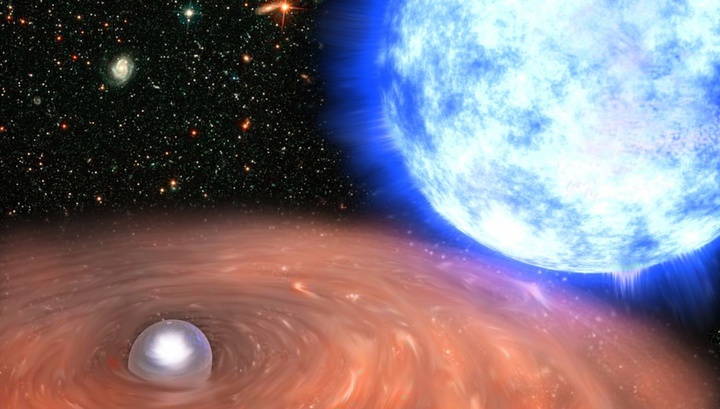 An international team of scientists led by Anne Archibald of the University of Amsterdam organized an impressive theory of general relativity using a system of neutron stars and white dwarfs.

The theory of relativity, developed by Einstein at the beginning of the XX century, describes space, time and motion under conditions of strong gravity and / or motion with large accelerations, when the laws of the familiar Newtonian mechanics become inapplicable.

Although this theory is already perfectly tested, scientists continue to invent all new tests. The most varied consequences of the theory are meticulously inspected by astronomers. There are grounds for such meticulousness: after all, GRT is the foundation of all cosmology, the science of the origin and evolution of the universe as a whole. For example, researchers are concerned about the problem of dark matter and energy: some experts believe that without these unknown entities you can get by if you modify the theory of gravity or even better analyze the equations of general relativity.

This time, the verification, known as the strong equivalence principle, was tested. It says that the trajectory of a small (in the scale of the problem) body in a given gravitational field depends only on the initial coordinates and velocities and does not depend on the internal structure of the body. Under the internal structure is understood not only the chemical composition, but also the magnitude of the energy of the gravitational field, which connects different parts of the astronomical object into one whole. 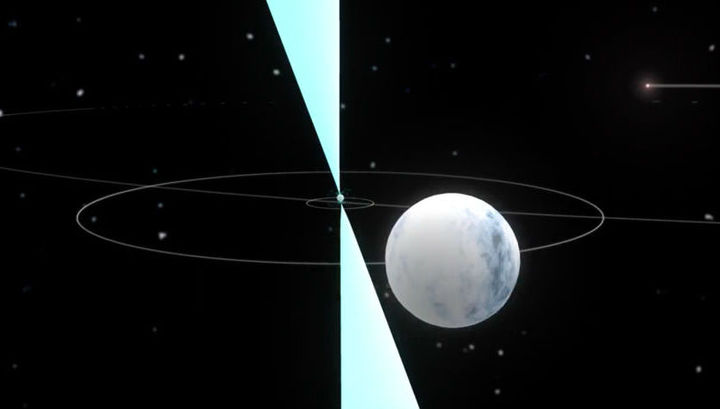 As a “testing ground,” the authors chose a system of three dead stars (stellar remnants, as experts say). As the publication Science News, it is a millisecond pulsar PSR J0337 + 1715 and two white dwarfs. One of the dwarfs is fairly close to the neutron star, the second is located much further.

Astronomers have found out whether the pulsar and the nearest white dwarf are “equal” in terms of motion in the gravitational field of the second white dwarf. After all, the neutron star has a much larger density (for comparable masses, its diameter is a thousand times smaller than that of a white dwarf), and hence its particles are linked together by a much more powerful gravitational field.

If the latter circumstance influences the motion of the pulsar, then its trajectory will be more strongly extended toward the distant white dwarf.

And this can be checked by observing the radio pulses of a pulsar. Using the Doppler effect, astronomers can figure out how the source of radiation moves (by the way, a similar method is used to search for exoplanets).

However, observations did not show any difference between the accelerations of the pulsar and its nearest companion, and the accuracy of the measurements was 0.16 thousandth of a percent.

The general theory of relativity has once again resisted. So, the point where the theory ceases to work, this visible boundary of the unknown, is located further than, perhaps, the scientists hoped. And yet this border is there, because you need to somehow solve the problem of the initial state of the universe and “dock” the OTO with quantum mechanics. Perhaps, this is the main task of physics of the XXI century.