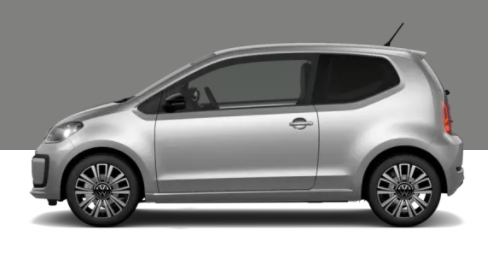 Consumer expectations for electric cars are still unrealistic… They cannot compare to conventional cars with a combustion engine. A winter trip of 650 km in a VW E-Car took 13 hours, 3 recharges and a lot of warm clothes.

When it comes to parameters such as fuel consumption, in advertising brochures car manufacturers often brag about the figures, which in reality are only possible under really ideal conditions. But in real life, these conditions are rare. The result: disappointed consumers.

Electric cars are notorious for their limited range and the need for constant recharging, factors that are often overestimated by consumers. Recently, German car journalist Lisa Brack tested her new electric car over long distances in the winter. The result was hardly exciting.

13 hours of driving and charging

Ms. Brack and EFAHRER.com conducted a range test on her new VW e-Up, driving it from VW in Wolfsburg, where she picked it up, to her home in Munich.

Normally, a 650 km trip in a regular diesel car (assuming no traffic jams) would have been completed in less than 7 hours and without having to stop to refuel. But in the new VW e-Up, it took Brack almost 13 hours – a time that kreiszeitung.de calls “terrifying”. In doing so, numerous difficulties had to be encountered.

After receiving her new car from VW in Wolfsburg, she left for Munich at 2:45 p.m. The freezing weather was a major drawback of the electronic VW car, “the heating was left off for almost the entire trip in freezing weather” so as not to drain the battery as quickly. This meant that in order to survive the trip, Brack had to bring a generous supply of “hats, scarves, gloves and generally warm clothing” and hope that he could find enough CCS charging stations along the way. Without these charging stations, it would have taken much longer to charge the batteries.

It took a total of three stops to charge.

It reached its destination at 3:30 – in the morning!

It was 3:30 a.m. when Brack reached her destination in Munich, half frozen.

She made the crucial mistake of charging infrequently and taking a long time to get the batteries to 100% instead of 80% (the last 20% takes the longest). “Charge faster, accept a little less range, and charge again earlier – but faster again.”

“The extra charge alone would save 1.5 hours,” she commented.

“As it was, however, the trip turned into a long winter excursion that she won’t soon forget.”

This experience shows that electric cars, while practical for short trips, still have a long way to go before they can equal today’s diesel and gasoline engines. Studies also show that electric cars produce very little, if any, CO2 savings over their lifetime.