Elephants are still on the verge of extinction, environmentalists said 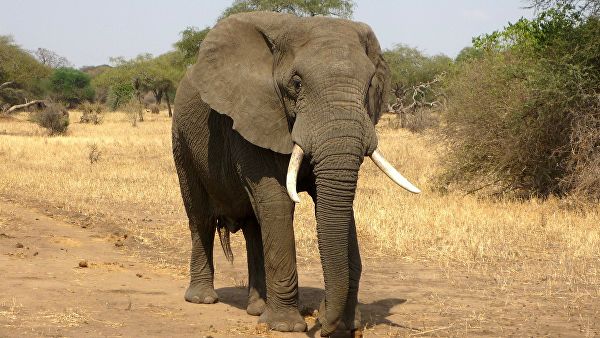 The poachers began to kill noticeably fewer elephants in Africa over the past ten years, but the level of illegal hunting is still higher than the maximum allowable values. This conclusion was made by environmentalists who published the results of their observations in the journal Nature Communications.

“These are certainly positive changes, but elephant populations are still declining. Our observations show that the demand for ivory in Asian countries has long been the main“ engine ”of the poacher hunting for elephants. We cannot overcome this problem without that generates this demand and how it can be suppressed, “- said Colin Beale (Colin Beale) from the University of York (UK).

Today, there are two species of these large mammals – African and Asian elephants. The first live in large herds of 30-40 individuals, whose composition varies little over dozens of years. Members of the herd form a complex social pyramid, on top of which stands the eldest female. It is believed that Indian elephants prefer to live alone or in small groups of three to five individuals.

Both subspecies of elephants today are threatened with extinction. Asian elephants, due to historical circumstances and traditions in the countries of South and Southeast Asia, are in a better position than their African counterparts, however, they are also threatened with extinction due to deforestation and poaching in several countries of Indochina.

In turn, the number of African elephants has been declining ever faster in recent years. In the years 1930-1940, their number was about 4-5 million individuals, decreasing to 1.3 million by the middle of the 70s and then falling to 600 thousand by the beginning of the 1990s. The main reason for this was poaching and political instability in countries of equatorial Africa, which forced locals to become poachers.

In 1989, member countries of the Convention on International Trade in Endangered Species of Wild Fauna and Flora (CITES) began to develop coordinated measures to protect elephants from poachers. As a result, the decline of elephants, as ecologists believed, slowed sharply and their numbers stabilized at the beginning of the current century.

Recently, scientists have come to the opposite conclusion – the number of elephants in the largest national park in Gabon fell by 80% in the first decade of this century due to a sharp increase in predatory hunting for them. This led Beal and his team to combine and analyze statistics collected by local environmental organizations in those regions of Africa where elephants still remained.

These observations were organized within the framework of the MIKE program, created at CITES with the money of the European Union, the governments of Japan, Great Britain and China, one of the main “consumers” of illegal ivory. In total, it includes about five dozen tracking stations, whose employees counted the number of victims of poachers and the frequency of killing elephants in those national parks where most of these animals are concentrated.

These data scientists have imposed on various factors that may affect the activity of poachers, including the political situation in different countries and regions of Africa, the price of ivory in the “black market” of China and Southeast Asia, the level of poverty of the local population, and other economic factors.

As it turned out, two parameters influenced poaching most of all – the state of the Asian markets and the level of economic or social distress in those regions that were adjacent to the elephant habitats.

Interestingly, the level of illegal hunting for elephants almost instantly responded to requests from the “invisible hand of the market.” This, according to Bil, suggests that not desperate locals run poaching, but very organized criminal organizations that manage the entire chain of production and transportation of ivory from Africa to Asia.

Despite this, the level of poaching has fallen markedly since 2011, after Gabon and other African countries began to actively combat illegal hunting for elephants. Nine years ago, approximately every tenth elephant fell victim to ivory dealers, whereas now this figure has dropped to a mark of 3.7%.

At the same time, the number of elephants, as noted by environmentalists, can grow by about 5% per year under favorable conditions. This means that even the current low level of poaching, if combined with the natural “population decline”, will lead to the gradual reduction and extinction of the last giants of Africa.

Considering all this, scientists propose to shift the main focus of the fight against poaching for elephants in Africa to selling ivory in Asia. Environmentalists are confident that even a small reduction in demand will lead to the fact that the number of people willing to mine this product will decrease even more, and then the elephant population will start to grow, rather than decrease.

In addition, Beale and his colleagues suggest that the UN and other international bodies consider introducing economic assistance for the poorest people, living