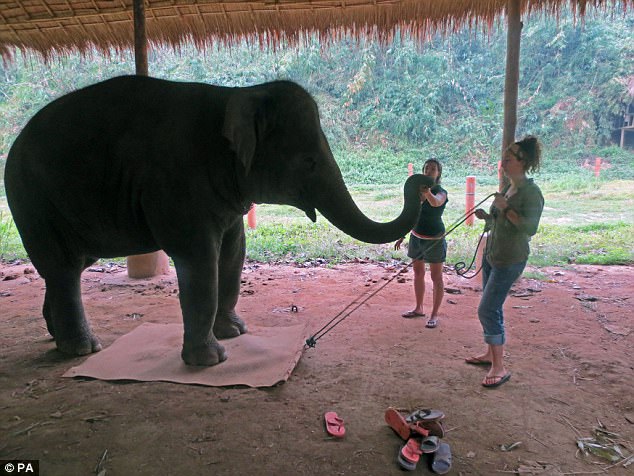 Asian elephants are able to understand in what cases the location of their body can interfere with the task. This conclusion was made by scientists from Cambridge University. It is believed that only a few species can recognize themselves: higher primates, dolphins, magpies and elephants.

All of them passed all the famous test with a mirror. Meanwhile, many scientists criticize this way of determining the ability to self-awareness in animals, believing that not all beings depend so much on visual perception.

Specialists from the University of Cambridge offered another way to test the abilities of elephants. During the experiment, the animals were asked to give a stick that was attached to the mat with a rope. It turned out that the elephants understand that their body presses on the mat and prevents to give a stick with a mat clinging to it. Scientists also conducted control experiments in which the stick was not tied to a mat.

Researchers found that in 42 cases out of 48 elephants came off the mat if the stick was attached to it. And only in 3 cases out of 48 these animals left the mat, which was not tied to a stick.

Similar experiments are used to test a child’s abilities when he is asked to push a cart tied to the mat on which he stands. Children under 2 years are unable to understand that it is necessary to get off the mat to complete the task.