Emerald globular cluster in the photo from Hubble 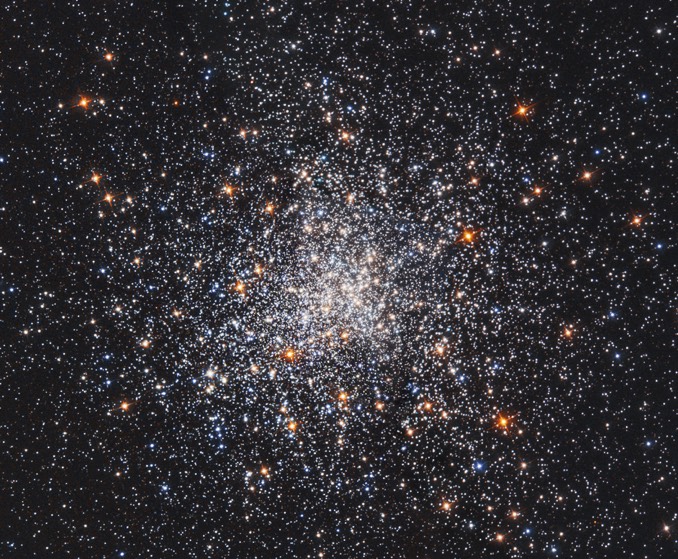 The M79 is a globular star cluster that is about 41,000 light-years away from Earth in the southern constellation of Hare. If we take the distance of the cluster to the galactic center, then it is somewhere around 60 000 light years. $ CUT $

It is a fairly large group of stars, in which there are approximately 150,000 inhabitants. This means that all these stars in the cluster are very closely related to each other by the forces of gravity.

The globular cluster of the M79 was discovered in 1780 by the French scientist Pierre Meschen. Then he was observed by the French astronomer Charles Messier, who added it to his famous catalog of Messier objects.

William Herschel in his time also observed this star cluster, but with the help of a more powerful telescope.

Astronomers suggest that this globular cluster could once be a part of the dwarf galaxy The Great Dog (Canis Major Dwarf Galaxy).