Engineers came up with the 3D printing process of the hair 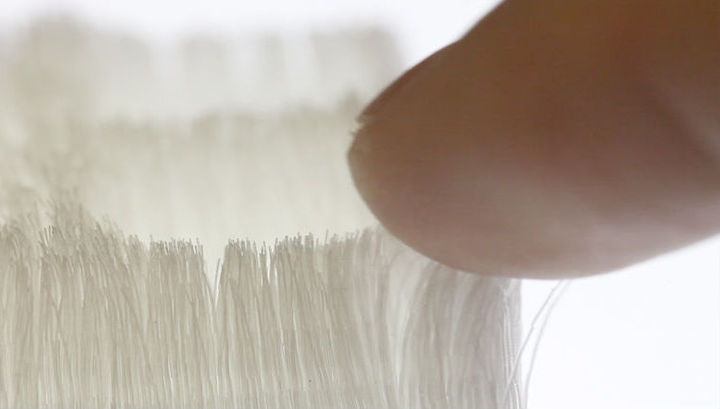 In the era of 3D printing, it seems that everything can go “from the pen of” a new generation of printers. So, even classes anatomy will soon have at its disposal samples of skeletons of animals, but only printed on a 3D printer, and not extracted from the bodies.

It is not surprising that the new technology some time ago and got to print hair. And recently, researchers from the Massachusetts Institute of technology (MIT) have created a 3D printing method hair thickness of only 50 micrometers. New way engineers can print anything from paint brushes to faux fur.

Note that many researchers have for years tried to create a miniature structure similar to hair. In 2010, scientists from the University of southern Mississippi announced that they had constructed the first synthetic cilia, which, among other things, can sense chemicals and temperature. Other studies have shown that these tiny cilia can be used in robotics or in drug delivery in the human body.

The most obvious way to produce such structures is the technology of rapid prototyping. But 3D printing of hair is a delicate matter. Not only because most printers are not accurate enough to print at this level of detail, but for the reason that the software for 3D modeling is not intended to create such a miniature object.

Attempts to simulate the hairs, each of which is characterized by its surface geometry, using computer aided design (CAD) has led to the creation of only very bulky samples.

But the staff of the Massachusetts Institute of technology decided in that whatever was to cope with this task.

For a start, they created their own software for modeling hair. Instead to describe the complex geometry of the surface of each hair, their hair represents each program as a simple tower some of the cubes-pixels.

The program allows you to create threads, thickness, height and even the shape of which can vary depending on your goals. It is noted that such structures can also be printed on flat and on curved surfaces.

We would add that the MIT engineers not only demonstrated a new approach to 3D printing of hair, they also showed how you can use artificial hairs in various areas of science and technology.

It is worth remembering that caterpillars, flies and many other organisms use the hairs for more information about the world. Even the ear of the person using the hairs for the same purpose: in the inner ear hairs take the vibrations of sound waves and turn them into electrical signals in the brain.

In other words, the hairs turn mechanical movement into electrical signals. Researchers at MIT are using their developing strive to obtain ultra-precise sensors which can, for example, to detect motion (human hand on the surface of the pile) and turn them into electrical signals that the computer can “understand”.

So, scientists have printed a small “Mat” of thick hair and glued it to the underside of a simple piezoelectric transducer. The interface of the soft hair paired with a processor could “interpret” as the man touched “the Mat”.

Now professionals can, for example, to print furry animal that feels the touch without adding any electronics in your stuffing, say the developers.

Scientists presented their concept to the CHI 2016 conference, which ended last week. They plan to continue working on the project