Engineers collected all available technologies in one robot-humanoid 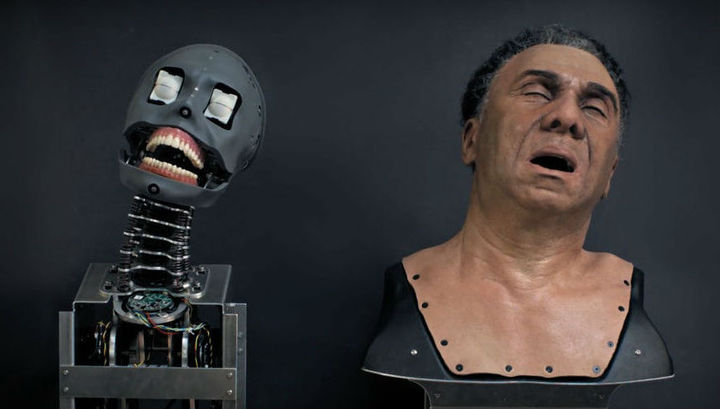 Combining the achievements of robotics and animatronics, researchers from the company Engineered Arts created very realistic “artificial people” who can appear in films, play the role of mobile “wax figures” and generally entertain humanity in every possible way.

The development, called Mesmer, unites a whole package of technologies that are usually used separately. This “package offer” can be much more convenient for the entertainment industry than the purchase of individual components and attempts to combine them independently, the creators of Mesmer note.

First, robots are equipped with the latest drives that allow them to reproduce human movements. All of them work noiselessly. In this case, each such engine can be controlled individually. The system controls both forward and rotational motion.

The internal structure of the robots partly imitates the anatomy of the human musculoskeletal system. For example, they have an artificial vertebra from separate vertebrae, which in its ability to bend and twist is similar to human. According to the publication New Atlas, this technology was used to create an image of King Kong in the film “Kong: The Island of the Skull.”

In addition, robots are equipped with sensors that are able to recognize the presence of a person and even determine its age and sex. Without a doubt, the “wax figure”, which stands still in the presence of harsh men, but begins to flirt with fragile girls, will impress the audience. By the way, the Engineered Arts robots were already exhibited in the Madame Tussauds Museum.

It is important that the design of the robots provides an opportunity to “climb inside” and change anything there or adjust without damaging their realistic artificial skin.

It is worth mentioning about the software of the novelty. It has a user-friendly interface, which, it is reported, can be used even by animators, not just by robotics specialists. On the other hand, the advanced system allows users to make changes to the program using the Python programming language.

It is interesting that the robot can also be controlled using a three-dimensional computer model. The user selects the necessary movements and sends “orders” through the Internet, and the robot instantly executes them.

On the sacramental question “How much does all this magnificence cost?” the company does not give a definite answer. The price of a robot depends on the specifications required by a particular customer. However, it is alleged that it will be in one segment with competing offers.