Engineers created a huge exoskeleton similar to a mammoth 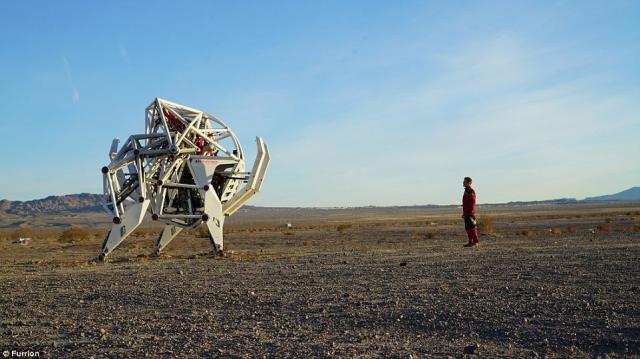 At the CES in Las Vegas, a huge exoskeleton resembling a mammoth was demonstrated. The device has a height of 4.5 m, a width of about 5 m and a mass of about 3.5 tonnes.

Prostnesis, so developers dubbed their creation, can develop a speed of 32 km / h. Despite the large size, the device moves quietly.

Control Prosthesis is carried out from the inside: a huge machine responds to the movements of the user’s hands.

The advantage of an exoskeleton is that it can move even over an uneven surface. The battery charge allows enough to allow the Prosthesis to move for an hour. The device was created by engineers from the company Furrion from the American city of Elkhart.