Engineers have created a harpoon for catching space debris 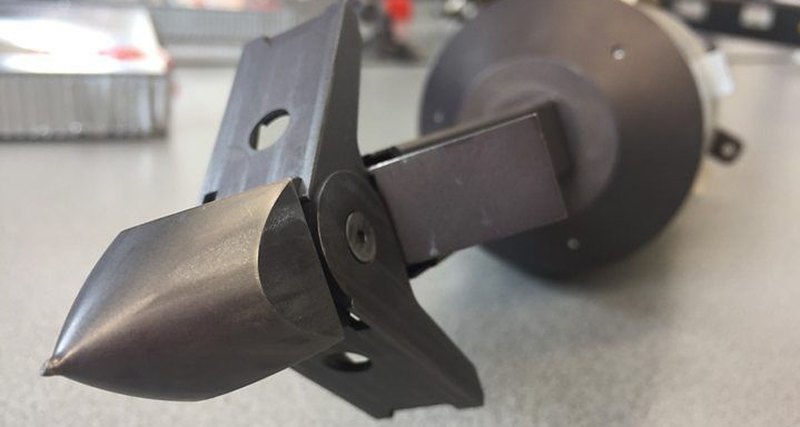 Engineers from the UK invented a pneumatic harpoon, with which scientists want to clean the Earth’s orbit from the abundance of technical debris.

Space debris is a real and very serious problem of our time. From the Earth it looks insignificant, but if humanity does not take any action against more than 200,000 objects rotating in the orbit of its home planet, soon comic travel will become impossible. Fortunately, scientists also do not sit idle. In the UK, the Airbus team is developing a fascinating method in its simplicity to remove large objects from orbit: the space harpoon. With the help of a special cable, it will be attached to a spacecraft that will play the role of a kind of tractor and will tow the garbage back to Earth. But it will not turn into a dump: all garbage will burn in the atmosphere still halfway.

To test their invention before launching it into space, the researchers used a chamber with compressed air and metal sheets made of 3 cm thick composite aluminum panels. “Harpoon passes through a thick layer of metal like a hot knife through oil,” the engineer- designer Alastair Weiman. He said that as soon as the tip is inside, the pneumatics pushes the notches out of the rod, which tightly fixes it in the garbage. The satellite ship can only pull the cable and take out dangerous debris from the orbit.

Weyman also noted that more complex systems – for example robotic manipulators that NASA develops – may not be as effective as they require a lot of complex manipulation. “All you need in order to hit the target with a harpoon is to fly to it for a sufficient distance. You do not need to count either a special angle of capture, or manipulate the manipulator manually: the entire process will take a few seconds. ”

Soon the Airbus harpoon will go into space for its first test in practice. His miniature version will help the project RemoveDebris, which is also focused on the problem of space debris. As a test, scientists themselves will release a small accumulation of debris into space, and then try to catch it with a harpoon and a special network.