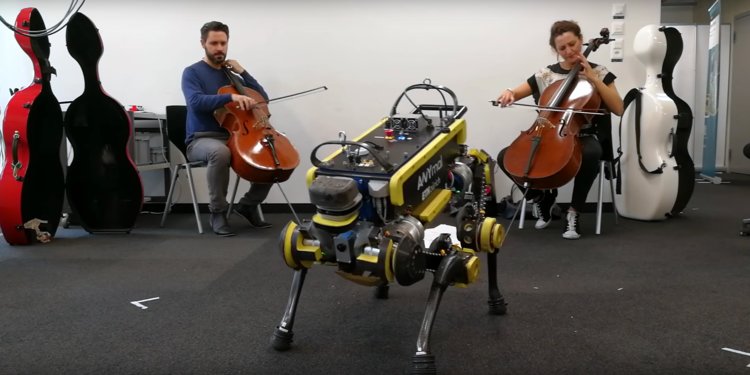 Ilon Mask and Valentina Matvienko warned us that soon an advanced AI will certainly capture our planet and enslave humanity, but some robots are not at all aggressive and just love to dance. The video below shows the four-legged ANYmal bot, who recently learned to dance (well, in part) researchers from the Swiss university ETH Zurich.

According to the engineers, ANYmal reacts in real time to the music it hears, rather than relying on pre-programmed dance moves.

To do this, the robot needs to perform several steps: analyze the speed of the song, decide how it will move in time with the music, start dancing, and then evaluate how much its movements coincide with the rhythm.

The developers believe that dancing is a very human phenomenon, besides they require very complex and intensive movements, so they do not just imitate. However, dancing can be another step in creating realistic movements of robots.

The mechanism by which ANYmal analyzes its movements and checks whether they match the rhythm is an innovative loop for the AI.