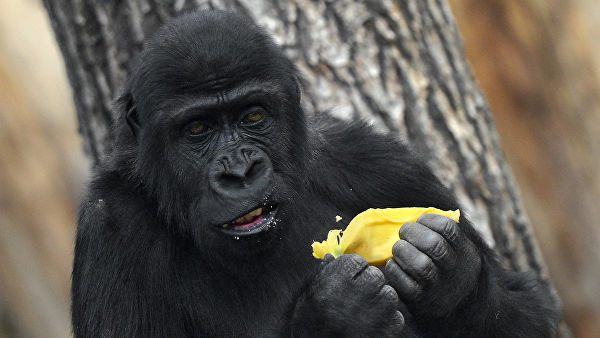 Approximately 150 species of large animals can disappear from the face of the Earth in the very next few years due to predatory hunting, fishing, and the conversion of their habitats into pastures for cattle. This conclusion was made by environmentalists who published an article in the magazine Conservation Letters.

“Our observations show that we literally will soon eat all the remnants of the Earth’s megafauna. Besides hunting, their lives are also threatened by traditional Chinese medicine, as well as habitat degradation. If we do not stop, the number of 70 percent of its species will decrease dramatically, and 60 percent can disappear completely, “- said William Ripple (William Ripple) from the University of Oregon in Corvallis (USA).

Scientists distinguish the five largest mass extinctions of species in the history of life on Earth. The “great” Permian extinction is considered to be the most significant when more than 95 percent of all living creatures that inhabited the planet, including bizarre creatures of animals, close relatives of mammalian ancestors, and a number of marine animals disappeared.

Two years ago, environmentalists announced that a new, sixth mass extinction of animals is now taking place on Earth. According to their calculations, in the epochs that preceded anthropocene – the human age, every hundred years approximately two species of mammals disappeared for every ten thousand species of animals that existed at that time. In the XX and XXI centuries, this figure has grown 114 times.

This extinction, as many eco-activists believe today, is largely due to two things: the explosion of population in Africa and South America and the sharp increase in meat and milk production around the world. Rippl and his colleagues checked whether this is in fact, comparing the frequency of extinction of “commercial” and other animal species over the past three hundred years.

As a rule, it is easier and more profitable to extract meat, skins and other parts of the body of large living creatures, which prompted environmentalists to divide all the inhabitants of the Earth into two groups – the megafauna, whose body weight exceeded 100 kilograms for mammals and fish and 40 kilograms for birds, amphibians and reptiles, and smaller animals.

This analysis showed that the extinction rate of the megafauna and the rest of the planet was extremely uneven – over the past three centuries, two percent of the first group of animals disappeared, and only 0.8 percent of all members of life on Earth. Interestingly, more than half of them have become extinct in the past few decades.

Comparing these historical data with current trends, Rippl and his team came to the conclusion that more than half of megafauna representatives, about one hundred and fifty species of mammals, fish, birds, amphibians and reptiles, will disappear in the coming decades if hunting for them and reducing the area of ​​untouched nooks nature will not stop.

“In addition to hunting, many land animals often accidentally fall into traps and traps, which also often happens with various nets, trawls and other gear in the sea. Habitat destruction adds its contribution. All of these factors add up to an extremely negative effect on the further fate of vertebrate animals “- the ecologist concludes.