Epidemiologists called “the most harmful” of products 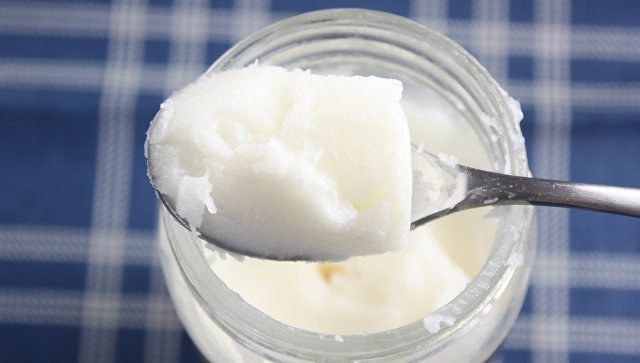 Director of the Institute for the Prevention and Epidemiology of Cancer Disease at the University of Freiburg and Harvard Professor Karin Michels called coconut oil “pure poison.” This is reported by the portal Business Insider.

Holidaymakers dance at the orchestra’s performance at the Italian Grotto in the Alexander Garden in Moscow as part of the Military Parade Orchestra program. August 18, 2018 Closing of the program Military bands in parks.

At the lecture in Freiburg, the epidemologist tried to dispel the myths about this product (also used for cosmetic purposes, but this aspect was not mentioned in the speech of Michels) and called it “one of the worst that can be eaten.”

Arguing her position, Michels stressed that coconut oil consists of saturated fats more than 80% – twice as much as lard and 60% more than beef fat. According to the scientist, they increase the content of “bad cholesterol” (LDL), an overabundance of which increases the risk of developing cardiovascular diseases.

The position of the professor is shared by other specialists. Last year, representatives of the American Heart Association (AHA) in their report recommended refraining from using coconut oil for food. At the same time, three-quarters of Americans consider this ingredient to be useful, which is contrary to the opinion of nutritionists, only a third of whom agree with public opinion.

Product popularity is explained by the marketing activity of manufacturers. In 2015, sales of coconut oil in the US amounted to 229 million dollars, and in Britain sales over the past four years increased 16 times.

At the same time, doctors, scientists and nutritionists can not come to a consensus on the impact of saturated fats on human health. Regularly there are studies that indicate their useful properties.

For example, last year a group of scientists from India and Canada analyzed the data of a seven-year observation of eating habits of more than 135,000 people in 18 countries and concluded that a diet rich in fat and carbohydrates is associated with a reduced (by 23%) risk of death from heart disease and blood vessels. Moreover, the authors of the study assert that the positive effect is not related to the saturation of the consumed fats.