ESA has shown how to provide “Concordia” 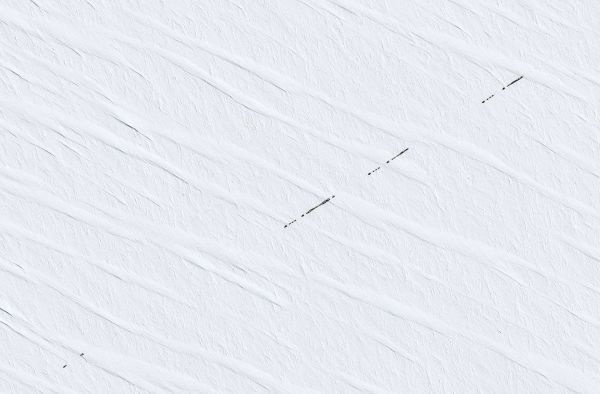 The European space Agency has provided satellite image, which depicted a caravan heading research station Concordia located from civilization even farther than the international space station.

How to deliver food and equipment to one of the most remote research stations on Earth? To place a load on the ski and pull it on the car on ice and snow.

That is such a sight managed to capture from the height of 700 km of the French satellite “Pleiades”. The caravan cleared over thousands of the way to the Antarctic station Concordia, located in 2600 km from the South pole.

The caravan started moving from the station “Dumont d’urville station”. You can reach Concordia, as noted by the ESA, 10 days the way, and hard, as the caravan during this time, will rise to a height of more than three kilometers.

In the composition of the captured French companion caravan of trucks loaded with 300 tons of fuel, food and equipment. After the caravan will arrive at the destination, will take three days for unpacking delivered things and preparing to return. The way back is usually two days shorter because the caravan goes downhill.

The French-Italian Antarctic station Concordia is located in the region with extremely harsh weather conditions – the ambient temperature here sometimes reaches -70°C. In winter, the Sun not rising above the horizon, and in the summer – does not shrink below its line. The staff have to live without sunlight for a long four months. Another unpleasant factor is the fact that Concordia is located at an altitude of 3200 m above sea level, making the air there is very dry and contains little oxygen.

French and Italian scientists are using the Antarctic station for the removal of snow and carrying out several other experiments. The European space Agency refers to the Concordia of your employees to conduct extensive research on the possible effects of prolonged stay of the person in conditions of long space flights.