Established pedigree of the ancient Cthulhu 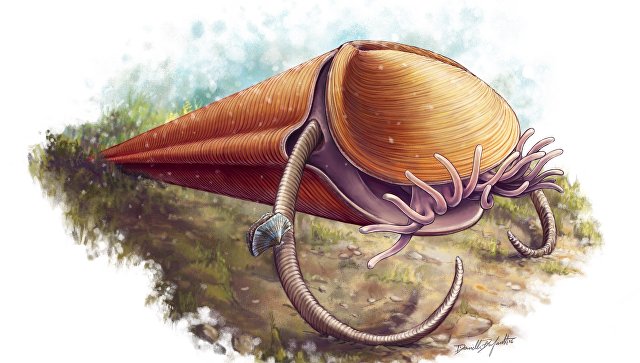 Paleontologists have discovered in Canada, new remains of strange sea creatures like the Cthulhu stories of Lovecraft, which helped them to establish the pedigree of this Paleozoic monster and find out that he is not a relative of octopuses and other mollusks, as scientists previously believed.

“Our most interesting and important discovery is that the mouthparts of giolito, which is a set of tentacles coming from their mouth contains a hole located between the shell-cone and the lid. Only one species, the brachiopods have a similar point of anatomy. This suggests that giality are not molluscs, but the brachiopods relatives,” said Joseph Masiuk (Joseph Moysiuk) from the University of Toronto (Canada).

In the rocks of the Paleozoic era and the Cambrian period, scientists often find the remains of the utterly bizarre-looking animals, which are so not similar to the present fossils or living creatures that paleontologists are unable to refer them to any genus or class of animals.

For example, just last year, paleontologists discovered that the mysterious Tully monster, alien creature with eyes on stalks and goose neck were vertebrates, not a worm or mollusk, and fragments of the body of the largest predator of the Cambrian, a two-meter giant anomalocaris, were considered three different types of animals over almost 40 years.

Many of these amazing discoveries were made possible by the discovery of the so-called lagerstatten – special shale rocks, which are formed in oxygen-poor waters of the sea, so that even the soft tissues of the body, including the eyes, imprinted in them. Two years ago, Masiuk and his colleagues discovered huge deposits of lagerstatten in the national Park of Kootenay in the West of Canada, in which scientists found hundreds of prints of the bodies of vertebrate and invertebrate creatures that lived during the Cambrian.

By studying these deposits, canadian paleontologists came across some well-preserved remains of the so-called giolito (Hyolitha) – unusual invertebrate creatures, similar in appearance to the mythical Cthulhu. They had long tentacles, durable conical shell and a lid covering the entrance to it. Scientists assume that these creatures, like the chthonic God of the stories of Lovecraft, lived at the bottom of the primary ocean, catching food from the near-bottom water or sand on the bottom. According to scientists, they first learned how to protect their body with hard armors. 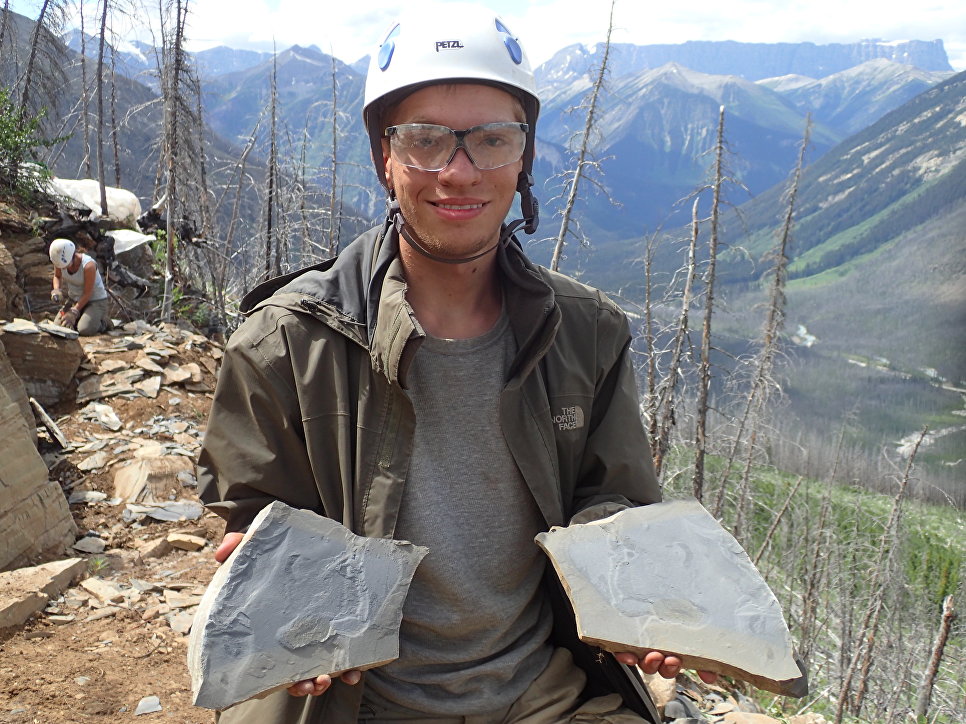 The scientist holds in his hands the imprint of Cthulhu, was found in a national Park Kootenay

After analyzing the structure of these fossils and comparing them with another one and a half thousand prints giolito found in other deposits of lagerstatten in Canada and Australia, the scientists were able to restore the structure of the oral apparatus and the tentacles of this unusual creature.

To their surprise, they were similar in that look like the limbs of molluscs, which were previously considered by scientists immediate relatives of giolito, and the structure of the filter bodies brachiopods – marine invertebrate animals, which in the vernacular are often called shells, but actually they are not. Brachiopods were common in the seas of the Earth in the past, but today almost all of them died.

“Dispute resolution around giolito that lasted more than 170 years, expands our understanding of what happened during the Cambrian explosion, when in a short time arose all modern groups of animals. Our study emphasizes the importance of the imprints of soft tissues in the shales in the study of these animals about which we know almost nothing,” concludes Martin Smith(Martin Smith), a colleague of Masiaka at the University.