Europe and Asia covered with second wave of COVID-19 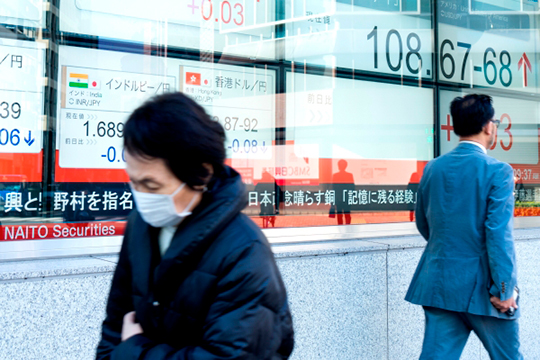 Europe teeters on the brink of total panic due to the daily increase in statistics on the coronavirus. And Japan and South Korea are again imposing strict restrictions.

4700 cases per day. The day before it was a thousand less. At this rate, France is breaking out into the absolute European leaders in coronavirus. True, attempts to toughen quarantine measures – to introduce the mandatory wearing of masks – even on the street on the street are rejection. It’s hot in France, people are relaxing, they don’t like police patrols or orders.

“Making the wearing of masks on the street compulsory is too strict. Of course, it is logical to wear a mask when there are a lot of people around. But if I am alone on the street, why do I need a mask? Also fines from the police. It’s unpleasant,” the Frenchman says.

Spain is catching up with France. There, too, 4 thousand new cases per day and again crunch time in hospitals. As in May, not only in the special departments of COVID-19, in the laboratories there are thousands of people who want to take the test, there are no opportunities.

“Let’s not deceive ourselves, the situation is not developing in the best way. The fact that the daily increase in the number of infected is so high suggests that the transmission of the virus does not stop. And moreover, it is increasing,” he stated.

In Sweden, which has long tried to ignore the pandemic, has not introduced quarantine, is reaping the benefits. Statistics have been published – in the first half of the year, the country recorded the highest death rate over the past 150 years – 51 400 people.

It was more terrible only in 1869, when many died of hunger. The burden on the healthcare system is colossal – hospitals are overwhelmed, due to COVID-19 all operations have been postponed until the fall.

“At the moment, the main rule is to gather in groups of no more than 50 people. Despite this, we must make sure that bans on mass gatherings do not harm the activities that people can carry out safely. In this regard, the government is considering several options for restrictive measures,” – informed fellow citizens Mikael Damberg, Minister of the Interior of Sweden.

In Italy, every bulletin per day is awaited as a sentence – they hunt for the virus and asymptomatic patients at airports with a thermal imager, at train stations. The police remind tourists at the Colosseum and the Pantheon – the place for masks is not on the hand or on the neck – on the face. Discos for Feragosto – 15 August – have become a time bomb – the virus can be everywhere.

Hungary from September 1 is closed from Europe and starts a new life.

“A new life will begin on September 1. We will not block the borders completely, but almost. We cannot leave the borders as open as they are now, if only because the new school year will begin. Restrictions are necessary. I am not trying to interfere with the private life of Hungarians, but please of all citizens not to plan trips to southern Europe, because such a trip would go against the new border rules, “said Viktor Orban, Hungarian Prime Minister.

How COVID-19 turned out for business will be counted in the fall. Restaurants, hotels, beaches – not everyone survived the quarantine. In France, winemakers are not in mourning for champagne. The demand for it is at a record low since the Second World War. Some of the grapes will rot.

The crisis was also announced in Italy. Problems are not only with demand – there are no workers.

845 new cases per day, the day before there were 640, 500 two days ago. Doctors believe this is controlled growth. But everyone remembers that it was at this rate that the epidemic spread in Italy in February.

In Japan, the epidemiological situation is not improving. Fresh statistics for Tokyo: today 258 new cases, yesterday – more than 300. And so throughout August. The authorities call this the peak of the second wave and are already calling to prepare for the third.

The Japanese have already understood that coronavirus is serious and for a long time and are trying to adapt to the new reality.

Japanese zombies and ghosts can scare, but they are also scared now. With the onset of the pandemic, all attractions in the country were closed, where it is impossible to avoid close contact between people.

This horror room was converted into a garage so that visitors can watch the show without leaving their car. They say that this way the sensations are even sharper.

“We started this car option because it was impossible to get close to customers. But in reality, the distance, on the contrary, became even less, since only glass separates us. It’s like standing nose to nose,” says Daichi Ono, actor.