Europe is threatened by “invertebrate colonizers” 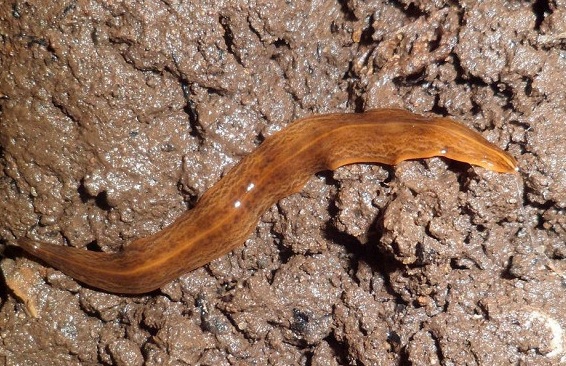 Flat worms of the species Obama nungara, which live in Argentina, spread almost throughout France, becoming the most dangerous representative of this category of invertebrates brought to Europe by humans.

“These worms are now found in 72 of 96 departments of France, especially on the Atlantic coast, on the border with Spain and on the shores of the Mediterranean Sea. Our observations suggest that Obama nungara can be classified as an extremely invasive species of worms will soon become the most significant threat to the soil fauna of Europe, “the researchers write.

The so-called invasive animal species that penetrate new territories and continents thanks to humans, several decades ago became one of the main problems for ecology.

In particular, the penetration of Brazilian fire ants into the United States in the middle of the last century led to the fact that several species of snails disappeared from the face of the Earth, and the number of other species of invertebrates and even mammals was significantly reduced. In turn, the African fungus of the species Batrachochytrium dendrobatidis, penetrated into Europe, America and Asia, has destroyed 90 species and millions of amphibians over the past two decades.
Similar problems affect flora. For example, the spread of East Asian bacteria Candidatus liberibacter now threatens the extinction of citrus plants around the world, and Colorado beetles that entered Europe in 1960 became one of the main problems for collective farmers of the Soviet Union and farmers of Western countries.

A group of biologists led by Jessica Thevenot has discovered yet another new threat of this type, studying in which regions of France there is a worm of the species Obama nungara, brought to Europe in 2013 from Argentina.

To conduct these observations, scientists gathered a group of several dozen volunteers who lived in different regions of the country and informed them of what flatworms they had seen while hiking in nature or inside the towns and villages where they lived.

In total, amateur naturalists collected over five hundred photographs and tissue samples of Obama nungara, which allowed Theveno and her team to compile an accurate map of the habitat of these invertebrate predators and estimate the density of their population.

As it turned out, these flatworms were found in virtually all the lowlands of France and were absent only in those regions whose height above sea level exceeded 500 meters. In addition, in recent years they have managed to infiltrate the territory of Spain, Switzerland, Belgium and some other countries.

According to researchers, the number of Obama nungara significantly exceeded the number of individuals of other invasive flatworms, Platydemus manokwari and giant hammerworms brought to France along with plants from Papua New Guinea and East Asia.

The high numbers of these worms, their lack of natural enemies, and their great appetites, according to Theveno and her colleagues, will make Obama nungara one of the main threats to European soil ecosystems in the coming years.