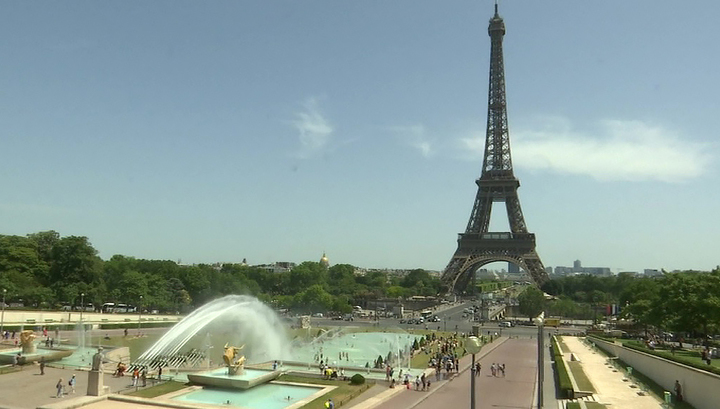 In France, the absolute temperature record has been broken in the entire history of observations — over 45 degrees Celsius. Abnormal heat in many other countries. There are victims.

Town of Vilvieille in southern France. It is here that the absolute record is broken in the entire history of observations – 45.1 degrees Celsius. It has never been so hot in France.

In Paris, the fountain directly opposite the Eiffel Tower is filled with bathing people.

“I think we will go swimming in the fountain right now and won’t get out of there.”

“I haven’t been so hot yet. And I, guys, live practically in the desert in the United States.”

In France for the first time because of the heat introduced the highest level of danger. Many universities and hundreds of schools are closed, hospitals are mobilized. Ambulance crews are on duty on the streets, they distribute water for free. People are advised to spend as little time on the street as possible, if possible not to use cars. Authorities warn: power supply systems can not withstand the load, there is a threat of air pollution.

“This is an exceptional heat, this has not happened yet. Very early and extremely intense. I urge all citizens to be careful, vigilant, attentive and common sense. Help your loved ones, neighbors, the risks are higher than ever,” says the French prime minister.

In Italy, almost 40 degrees in all tourist cities – Rome, Milan, Venice, Florence. Voracious crowds of tourists do not save umbrellas or free water bottles.

In Spain, there are victims, three people died. An elderly man died on the street from heat stroke. Due to extreme weather conditions, a fire in Catalan Tarragona, which rages since Wednesday evening, destroyed 6.5 thousand hectares of forest.

The UN and did say that the last five years can be the hottest in the history of mankind.

“Climate change is out of politics,” says Claire Nullis, spokesman for the UN World Meteorological Organization. “This process has no national borders. All people without exception are under attack. And now we can say that in the near future, heat waves will become even more intense, long. They will start even earlier and end even later. ”

Abnormal heat has covered Europe since the beginning of the week and, according to weather forecasts, will last another three to four days. Causes – in a hot stream of air from Africa and anticyclone over the Atlantic Ocean.