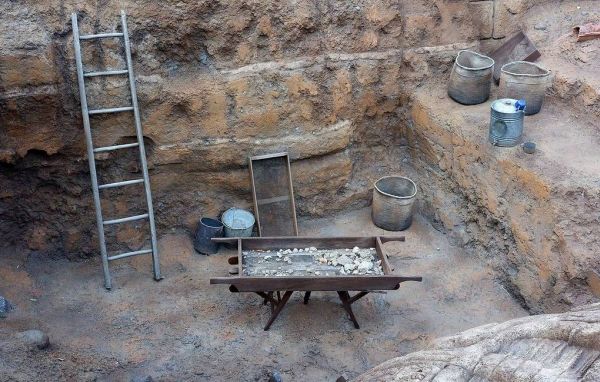 A study of the genomes of several dozen warriors who died in northern Germany 3.2 thousand years ago during a large-scale and bloody battle showed that almost all of them could not assimilate lactose – one of the most important components of milk. This suggests that their descendants “learned” this unexpectedly late, but very quickly. The research results were published in the scientific journal Current Biology.

“If you look at the genomes of the inhabitants of medieval Europe, who lived only a couple of thousand years later, you can see that more than 60% were able to assimilate lactose. This suggests that this mutation spread throughout the population unusually quickly. carriers were 6% more likely to leave offspring than other Europeans. This is the clearest evidence that natural selection acts on us, “said one of the study authors, associate professor at the State University of New York at Stony Brook (USA) Krishna Viram.

Scientists suggest that dairy farming originated in the Middle East and India from 10 to 15 thousand years ago, that is, at about the same time when agriculture arose and people switched to a sedentary lifestyle. The domestication of cows led to a mutation in the LCT gene in the populations of the first farmers on Earth.

Thanks to it, humans have an opportunity that almost all other mammals lack – the ability to assimilate lactose – sugar, which is abundant in milk, in adulthood. Now this mutation is present in most Europeans, despite the fact that it is not found as often in other inhabitants of the Earth.

In recent years, scientists have been trying to understand how it spread through the populations of ancient people. Thus, researchers are trying to find out when people from different regions of Europe and other parts of the world began to drink milk and why they began to do so. Thanks to such studies, many paleogenetics suggest that Europeans acquired this ability relatively recently – about 5-6 thousand years ago. It was then that the first Indo-Europeans entered Europe.

In the latest study, Weeram and his colleagues analyzed the genomes of 14 warriors who died in what is believed to be the first major military conflict in European history. It happened about 3.2 thousand years ago. As a result, geneticists found that very few of those who lived in Europe during that era could assimilate lactose.

Evolution of the “milk” gene

The traces of this conflict were discovered by one of the authors of the article, Professor Thomas Terberger. He carried out excavations on the banks of the Tollense River, 120 km from Berlin. Here, back in 1996, an amateur archaeologist found an unusually large burial of people who lived at the end of the Bronze Age.

Continuing the work, Terberger and his colleagues found out that a major battle had taken place on the banks of the river, in which more than four thousand soldiers participated. A quarter of them died. During six years of excavations, scientists have found the remains of five horses and more than a hundred warriors here, as well as many artifacts, including stone and bronze weapons.

Scientists tried to find out how close the participants in this massacre were to each other. To do this, they studied scraps of DNA from the bones of dead soldiers. In this way, they restored 14 relatively complete genomes of the deceased men and confirmed that they all came from the same tribe or population. Thanks to this, Virama, Terberger and their colleagues studied how often the mutant version of the LCT gene was found in the DNA of these ancient inhabitants of Europe.

It turned out that only every eighth soldier who died in the battle on the Tollens River could absorb lactose. This was a big surprise for scientists for two reasons at once. On the one hand, they did not expect that the mutation in this gene would be so rare in the inhabitants of ancient Germany, although about four thousand years have passed since the appearance of the first farming communities in Europe.

On the other hand, this suggests that over the next 3.2 thousand years, this gene variation spread throughout the population very quickly: now it is found in 90% of modern inhabitants of northern Germany. In other words, the mutation in the LCT gene turned out to be so beneficial to its carriers that it took dominant positions in just a hundred generations. By the standards of evolution, this is almost instantaneous.

“We cannot yet say why the ability to absorb lactose and other sugars from milk in adulthood was so beneficial for ancient Europeans. Perhaps the ability to drink a pure and high-calorie drink helped them survive during a time when they had no food or clean water sources, “the researchers conclude.