Even a complete cessation of emissions will not save the climate 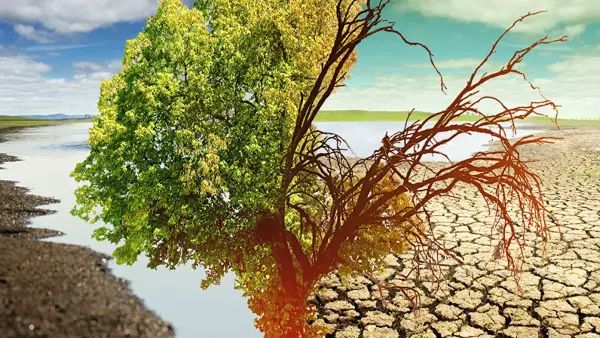 Norwegian scientists have built a predictive climate model in which they considered various scenarios for reducing anthropogenic greenhouse gas emissions. The results showed that even if emissions were reduced to zero, temperatures would continue to rise for at least another hundred years. The work was published in Scientific Reports.

Researchers at the Norwegian Business School in Oslo, Jorgen Randers and Ulrich Goluke, developed their own climate change model, covering the period from 1850 to the present, and based on the results of the simulations, they predicted changes in global temperatures and sea level rise before 2500.

Simulations show that if anthropogenic greenhouse gas emissions peak in the 2030s and fall to zero by 2100 – which is the most favorable scenario – global temperatures by 2500 will still be three degrees higher and sea level two and a half meters higher than in 1850.

If greenhouse gas emissions are reduced to zero right now, global temperatures will continue to rise for about another hundred years due to the inertia of the global climate system and the self-sustaining melting of Arctic ice and permafrost.

All three processes have a positive feedback loop, which means they are easier to start than stop. Researchers believe that the start of these processes was given in the 1950s, when the industrial stage of human development began, and in the 1960s-1970s, the “point of no return” was already passed.

To prevent the rise in temperature and sea level now, it is necessary not only to completely stop all emissions, but also to capture at least 33 gigatons of carbon dioxide from the atmosphere annually and somehow utilize or store it, scientists say.

The authors admit that their construction is much simpler than those climatic models, the results of which are guided in their forecasts by the Intergovernmental Panel on Climate Change, an international organization created to assess the risk of global climate change caused by anthropogenic factors. But it takes into account all the main factors affecting the climate and, most importantly, the feedback mechanisms between them. Therefore, the researchers urge to study the results more closely and, if necessary, test them on alternative models.

Scientists warn against misinterpreting the findings, stressing that they do not call for inaction, but rather indicate that the situation appears to be much more serious than previously thought. Climate change is already making itself felt in the form of droughts, hurricanes and fires, affecting most parts of the world. And if nothing is done, the situation will only get worse every year.