Even in pure acid there is life 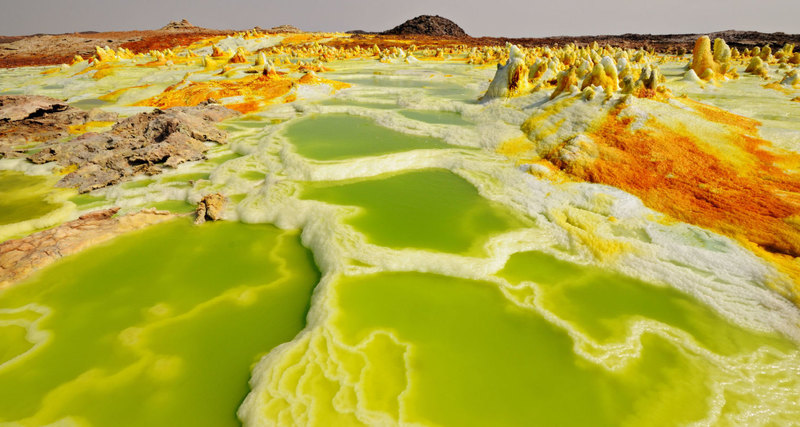 Scientists are looking for signs of life on other planets and satellites, like Titan, Enceladus, where the conditions for it are very unusual and harsh. But even on Earth there are places where nothing seems to live, but lives.

On our planet there are extremely inhospitable places. One of the most dangerous places of such a plan is the Danakil hollow in Ethiopia, an arid desert with volcanoes and acid lakes, where in theory it can not survive anything.

A group of researchers has been studying the Danakil Depression since 2013, hoping to understand how life can adapt to such harsh external conditions. But first they had to find her, which they were not very sure of.

And as a result, they found the DNA of the extremophile bacterium in a poisonous acid lake, in a lake where the pH level is zero, that is, nothing more acidic on Earth can be found. And this is indeed a new record.

This discovery is good news for scientists who hope to find life on other planets. Life is hard, and the conditions in Danakil are worse than even on Mars or the satellite Europe. Perhaps it’s only a matter of time before we find life there.