Evolution has made man prone to violence, say scientists 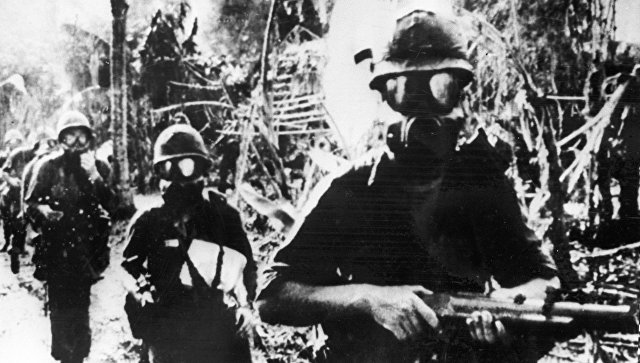 Scientists have found a mathematical explanation for why a person behaves is much more aggressive than most other animals in relation to their own kind, and often kill or injure other people, the cause of which was evolution, not civilization, according to a paper published in the journal Nature.

Scientists have noticed that people are much more prone to intraspecific violence and killing their own kind than most other mammals. The causes of this phenomenon are controversial among anthropologists for nearly three centuries. In General terms, the participants can be divided into two groups – russotti and gibbsite.

The supporters of the theories of the French philosophers Jean-Jacques Rousseau believe that people before the advent of civilization was a kind of noble savage, and did not differ in terms of aggressiveness from animals living in harmony with nature and others. Cause of conflicts, wars and violence they consider civilization and the emergence of such things as private property.

In turn, their opponents, the founder of the ideas which were Thomas Hobbes, believe that everything was the opposite – people in their natural state, wrote the English philosopher, lives in the format war of all against all, due to today believe his supporters, evolutionary reasons. The emergence of civilization and the state, the Leviathan in terms of Hobbes, on the contrary, reduced the number of conflicts and violence.

Marcos méndez (Marcos Mendez of the University of Madrid (Spain) and his colleagues came up with an ingenious mathematical way to test these theories, using the approaches of evolutionary biology and the basic tenets of Darwin’s theory.

As scientists have assumed, if the idea of Hobbes and his followers is correct, then the natural human propensity to violence was to be characteristic of our common ancestors with chimpanzees and other great apes, and to a lesser extent common in other apes and other mammalian orders. If this pattern is not real, then they will be right Rousseau and his supporters.

Following this idea, the researchers analyzed mortality data among the 137 families of mammals, examining a total of more than four million deaths of various animals and people who lived in prehistoric times. Using this data, biologists estimated the proportion of deaths due to intraspecific aggression, and compared this figure for related and unrelated species.

As it turned out, on average, mammals kill each other is extremely rare – only 0.3% of deaths on the killing of some animals of their own kind. On the other hand, the figure is much higher for ancient people to 2% (six times higher than normal), all apes to 1.8% and 2.3% for the ancestor of all monkeys, and it gradually decreases as you move down the tree of evolution towards a common ancestor of mammals.

Interestingly, the level of violence after the advent of civilization did not fall, but rose sharply, with the result that the proportion of violent deaths rose to 30% during the iron age and late antiquity. Scientists believe that this is due to the fact that at that time there was a transition from living in a natural condition to living in political societies in which, as shown by their measurements, the mortality rate is lower than among ancient humans and primates.

Similar results, according to méndez and his colleagues, clearly speak in favor of the evolutionary origin of violence among men.

In particular, the level of violence among primates is directly proportional to how large groups they live and how actively they are defending their territory. In such conditions, the scientists explain, population, prone to conflict, will be more likely to survive and prosper, which confirms the idea of the evolutionary origin of violence in practice, conclude the authors.