Experiments on mice have shown how a certain sound causes fear. 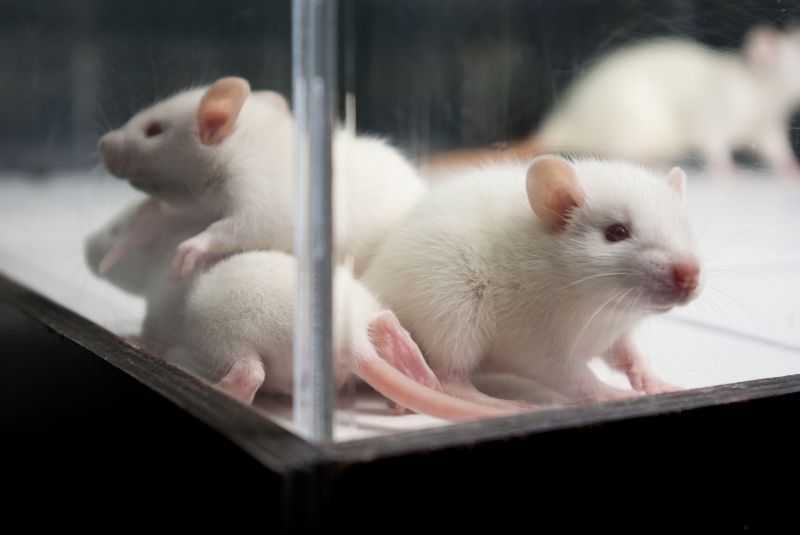 Do you ever have such a thing that some sound runs through chill on the skin? Observing the individual brain cells of mice, researchers have come to understand how a certain tone or signal can cause and provoke fear.

In his work, a laboratory employee at Cold Spring Harbor (Cold Spring Harbor Laboratory, CSHL) Bo Li focused on a part of the mouse’s brain called the amygdala, or amygdala, where visual and auditory signals are interpreted as positive or negative associations due to experience. Continuous learning processes that occur in the amygdala are disturbed in people suffering from anxiety neurosis or depression. Understanding how these brain cells function in the amygdala can lead to improved therapies.

In an article published in Nature Communications magazine, Lee and colleagues described profound changes in neuron activity as they made animals “afraid” of one sound, while another sound was tied up in their brains with a reward. According to scientists, if you look at samples of brain cell activity in the amygdala, you can find out if the animal is waiting for reward or is afraid of punishment.

The researchers used a microscope with a lens small enough to be implanted into the brain of a mouse to track the activity of specific neurons before, during, and after the animal’s training. They taught mice to associate different sounds with reward or punishment and observed the development of brain cells: the punishment was a stream of dry air, and the reward was a refreshing drop of water. 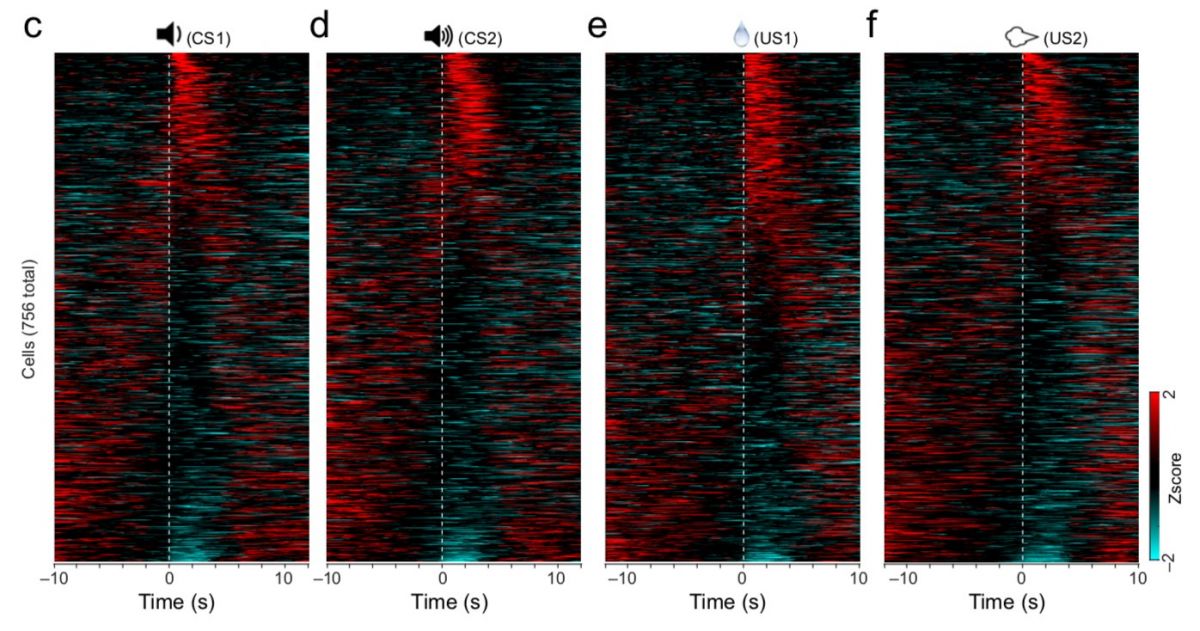 Heat maps show activity in 756 neurons in a separate area of ​​the mouse brain. Red excitement peaks are reactions to sounds (c & d), reward for water (e) or a stream of air. Blue marks how the brain suppresses an undesirable response. / © Li Lab, CSHL

At first, sound-sensitive neurons reacted randomly to each tone. But when one tone was repeatedly accompanied by a stream of air, the neurons of the mice reacted specifically. This pattern was similar to the pattern of activity of a different type of brain cell, which is triggered when the mouse is punished. Similarly, when the tone was repeatedly combined with a sip of water, the sound-sensitive neurons reacted in a pattern, as in the case of getting a sip of water.

As the cell activity models became more specific, the animals waited for the water in response to the usual sound, which always anticipated the reward, and vice versa – they blinked, responding to the signal associated with the punishment, waiting for air to flow.