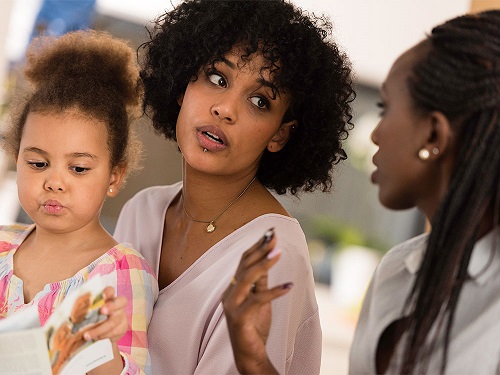 It may seem like something out of utopian fiction, but a renowned futurist scientist says we are not that far off from breaking the genetic matrix that has so far formed the basis of human life.

In a wide-ranging interview with The Washington Post, futurist Amy Webb predicted that fertility science will significantly change the way children are born – and may even change the maximum number of biological parents a person can have.

“We’re talking about technology that will open us up to being more selective and intentionally designing life,” Webb said, discussing her new book, “The Genesis Machine,” co-authored with geneticist Andrew Hessel. “Perhaps it means that one person uses his own genetic material to carry an embryo; perhaps it opens up the possibility of selecting traits from more than two parents.”

The author and founder of the consulting firm Future Today Institute admitted that while scientists and predictors of the future such as herself do not yet know all the possibilities of gene-editing technologies such as CRISPR and others that will surely follow, she believes that the “possibilities” and “options” that may soon be available to those who choose to procreate could be significant and be a net benefit.

As always, the issue of genetic engineering often leads to a discussion of the possibility of government abuse. However, Webb brushed off these concerns, joking in an interview with WaPo that “all roads down that road lead to eugenics,” referring to the 1997 science fiction film “Gattaca.”

Although those for whom the future is their job “should recognize the geopolitical advantages that some countries may try to gain by increasing the intelligence and physical characteristics of their populations,” that does not mean we should abandon synthetic biology entirely, Webb said.

“The idea of making pregnancy easier for people who really want to become parents is something we should embrace,” she said. “Right now, making a baby depends on chance and luck or having the money for a lot of cycles [of in vitro fertilization]. In 2022, making a baby will be shockingly difficult. It shouldn’t be that way.”