Experts have improved the robot-bee 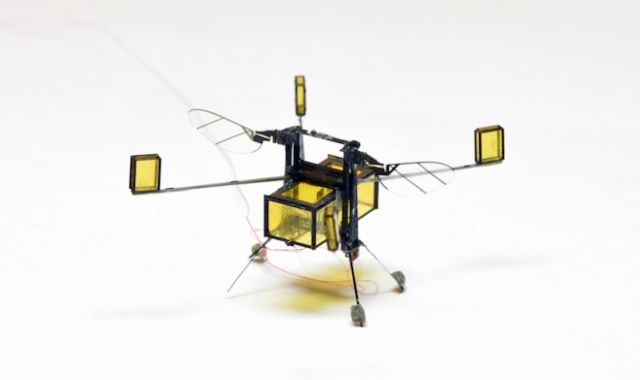 Specialists from Harvard University have developed a new version of the miniature drones RoboBees. Now the device can not only fly, sit on the walls, but also float and soar from the surface of the water.

According to the developers, a miniature aircraft can be used for a variety of purposes, ranging from eco-monitoring and ending with the search for people during rescue operations.

In the air, the robot wings with a frequency of 220-300 Hz, in water – 9-13 Hz. In order to overcome the surface tension of water, the device was equipped with four limbs with pads and a special chamber for gas combustion. Since RoboBee has limitations on the payload, it is forced to extract fuel for the jump from the water. The device has an electrolytic plate, due to which it receives from the water a detonating gas.

The weight of RoboBee is 175 mg. The new robot was 90 mg heavier than previous versions.