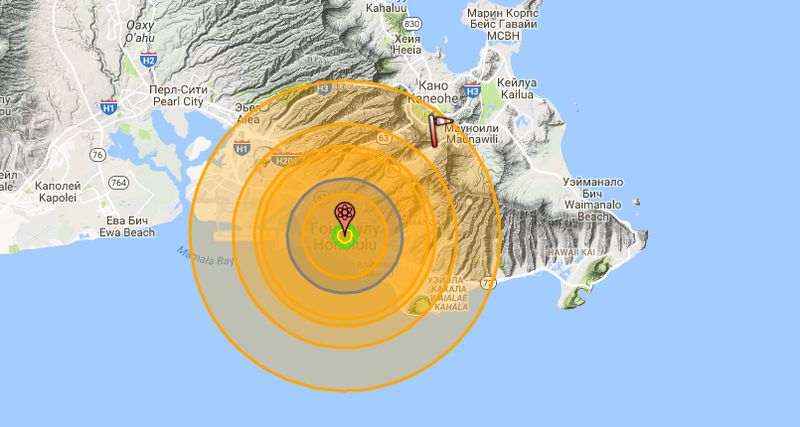 Portal Nukemap published an assessment of the destruction and the victims in the event that the warning of a missile strike in Hawaii was not a mistake.

On the morning of January 13, residents of the Hawaiian Islands were notified of an imminent threat: “A ballistic missile is moving toward Hawaii, immediately find a shelter,” it was said in the SMS. The newsletter caused a moderate panic on the islands: school sports games were canceled, and traffic jams appeared. After 38 minutes the local authorities withdrew the messages and apologized for the false alarm.

If the ballistic missile still would have been released from the North Korean coast to Hawaii, it would most likely have been aimed at the state capital and the most populated city, Honolulu. If the explosion energy was 200 kilotons (in TNT equivalent), the death toll would be 150,000 people, Nukemap experts calculated; the number of victims would be about 173 thousand. The radius of the explosion would be about 500 meters; ionizing radiation would have spread far further (within a radius of about 2.02 km) and would have led to additional casualties; and burns of the third degree could be obtained, even being in six clilometers from the epicenter.