Explained by the lack in the Universe of self-replicating machines 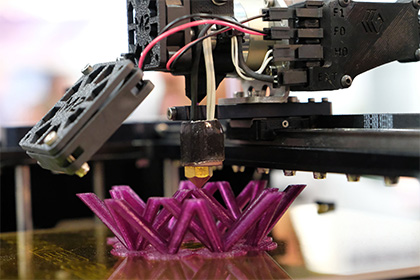 Alex Kouvald biophysicist from Newcastle University (UK) explained the reason why the universe can not be filled by von Neumann probes – replicating machines that self-propagate, multiply and evolve as the development of the surrounding area. Dedicated to the study published preprint at arXiv.org.

The concept of self-replicating machines (including that may be artificial intelligence) has offered the American mathematician John von Neumann. With regard to space exploration it considered other scientists and science fiction writers. If such probes will move at a rate ten times smaller speed of light in vacuum, to settle the Milky Way, they will be able to half a million years.

Meanwhile, the man has not yet discovered the von Neumann probes in the universe and, in particular, in the solar system. The reason for this can be two things. Firstly, they can not exist in the universe (and, most likely, civilizations, which could create them). Secondly, they can not give yourself to find (civilization created them, progressive mankind and, therefore, probably be able to do it).

In their study Kouvald tried to show the impossibility of the existence of von Neumann probes, which could spread across the galaxy and the universe. To do this, the scientist considered the example of a self-organizing model, evolving over time. Its development, according to the findings of biophysics, will inevitably face the errors that lead to the impossibility of sustainable development and the existence of the system: a probe break and will not be able to play your copy.

This means that the self-assembling machine will be unable to spread sufficiently far from its primary source. Kovald believes that the universe can still exist von Neumann probes, but in this case they are located in close proximity (compared to the scale of the galaxy) from its source of birth. Mankind can meet them only if the Earth is located in the immediate vicinity.

biophysics work helps to explain the Fermi paradox, according to which in the case if the universe or the galaxy, there are many intelligent civilizations, they would have been visible to man. Previously, scientists have suggested another explanation for this paradox, according to which contact with the aliens earthlings prevent huge cosmic distances and relatively small probability of the origin of life on Earth-even the planet.