Explained straightening of the Leaning Tower 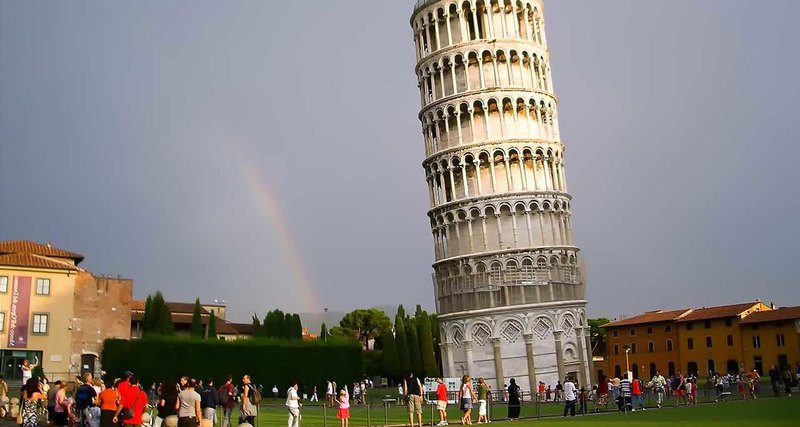 In those days, no one thought that the miracle tower would once attract millions of tourists from all over the world. The builders tried to straighten out its slope with available means – each new floor was made a little higher in the south, due to which the building was slowly bending to the north. This did not help much, and by the end of construction, in 1360, the slope was clearly visible with the naked eye.

In the following centuries, it slowly grew and, by the beginning of the era of regular high-precision measurements in the 20th century, the deviation of the structure’s top from the vertical increased by 1 mm per year. There were serious concerns that the tower would collapse in the foreseeable future. In 1990, it was closed to tourists – to avoid possible victims. The tower was closed until 2001, when, according to the Italian authorities, its condition improved.

In November of this year, specialists monitoring the state of the tower announced that it was slowly straightening. Now, AFP has told how this remarkable result was achieved.

Engineers installed several concrete jams under the south side of the tower and conducted a series of drainage measures that drained the soil from the south side of the building. The significant role was played by the fact that this is the southern side and it heats up more strongly than the northern one, especially in the summer heat, and when heated it expands. On a solid basis, this leads to a shift of the top of the structure to the north and, accordingly, to a shift of the center of gravity, which further shifts the structure.

Together, this led to the fact that in the period from 1990 to 2001, the deviation of the tower from the vertical decreased by 41 centimeters. Since then, it has decreased by four centimeters. Now precision measurements of its position are made every hour. Taken together, this probably means that you can not worry about the further fate of the structure.

There are no serious reasons for concern for potential tourists planning to visit Pisa. As the engineer Nunziante Squeglia from the University of Pisa, who has been monitoring the state of the tower for 25 years, says, it will no longer be strictly vertical. You can be photographed on its background and beyond.